Understanding the Ins and Outs of Bitcoin Wallet App Development

How to Bring Liquidity to Security Tokens 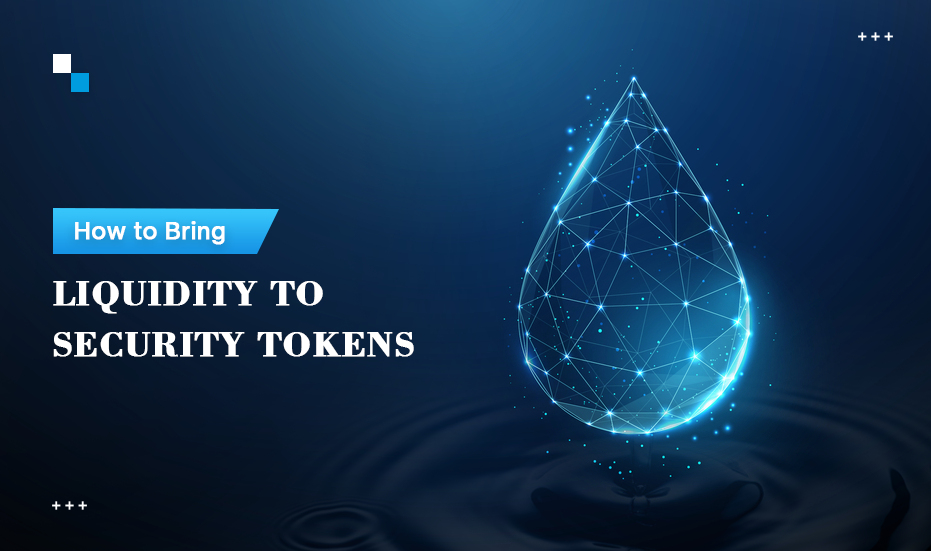 The modern fundraising tools for entrepreneurs and startups are the ICO and STO. Initial coin offering (ICO) gained momentum in early 2017 but started losing the thrust in mid-2018. Due to the diverse investors’ preferences and market regulations, Security Token Offerings (STOs) came into force.

How is the procedure of security token offering carried out?

For carrying out the release of the security tokens, first and foremost the regulatory legislations need to be ascertained and fully understood according to the chosen jurisdiction. For an instance, if an individual is planning to release a security token in the US market, then the issuer has to be fully equipped with the SEC (Securities and Exchange Commission) regulations prevalent there. He should be able to distinguish between Regulation S to Regulation A and Rule 506(b). The option chosen between the abovementioned security regulations will determine the future course of the action in terms of legal obligations.

Secondly, the process has to be KYC and AML compliant for the verification of the user identity, which consists of several stages. Nowadays, every security token exchange has to be accredited with the KYC/AML procedure. For example, according to the regulations of the SEC, each investor has to be compliant with the status of an “accredited investor”.

Finally, the marketing strategy for STO has to be completely different from that of an ICO. ICO takes into consideration the concept of crowdfunding with most of the focus on building a community around it. It also uses social media as a major influential platform. On the other hand, STO is for professional investors.

Challenges along the way

The future of STO is prosperous but there are still many challenges that have to be addressed along the way. The approval of legal regulations and passing of the Howey test have also to be aligned by the issuer. At present, the SEC is ahead of the regulations in the digital assets. It is assumed that the regulatory authorities will also keep updating the SEC policies from time to time.

Another issue is with the liquidity in the STO market.

Liquidity is described as the ability of an asset or security to get converted or sold in the market at the price shown as intrinsic value. It, however, signifies that the buyer and seller will easily be able to connect, thus performing a transaction in a designed time frame.

The liquidity of coins or tokens is the major factor that entices investors to invest or trade. As in the secondary market, traditional equity shares or securities have to be linked with regulated exchanges such as NYSE (New York Stock Exchange) to bring the liquidity in the market. Similarly, security tokens have to be listed on the ATS (Alternative Trading System) which is according to the SEC Regulations.

For listing on a regulated security token exchange, various investor protection norms have to be followed which are mandated by the legal regulators. These include compliance with insider trading rules, counterparty KYC/AML compliance, suitability check for traders, restrictions on removal process including affiliates. All these checks are the actual requirement and legitimate. Thus while planning for an STO, these protections ensure the secondary liquidity on an ATS, therefore attracting more of primary investors.

A procedure has to be set wherein a buyer and a seller must be available digitally at the same time and thereby on the same venue for the tokens to pass through the network. In the traditional financial market, the problem of liquidity is overcome by the market makers. They act like the large financial institutions that leverage their capital reserves to maintain liquidity and for tolerating illiquidity risks. But this phenomenon cannot be applicable for cryptographic tokens because it centralizes the financial power in the hands of major capital holders which is a violation of the realm of blockchain.

Thus for maintaining decentralized liquidity in security tokens, capabilities of smart contracts can be leveraged within the tokens. In this, the tokens are bought and sold through the smart contracts. This mechanism works in such a way that each smart contract has connectors that are linked with smart tokens in the network. A relationship is maintained such that the balance of the smart tokens or its connected tokens is held in the connectors. The balances of the connectors are used to provide liquidity for the cryptographic tokens at the algorithmic prices.

The infrastructure that will support a high level of liquidity may take a bit of time. But this is how STOs can escape the trap of illiquidity and can improve their attractiveness to the investors.