Bitcoin Wallet Development: Everything you Need to Know Talk To Our Experts

How to Bring Liquidity to Security Tokens

Understanding the Ins and Outs of Bitcoin Wallet App Development 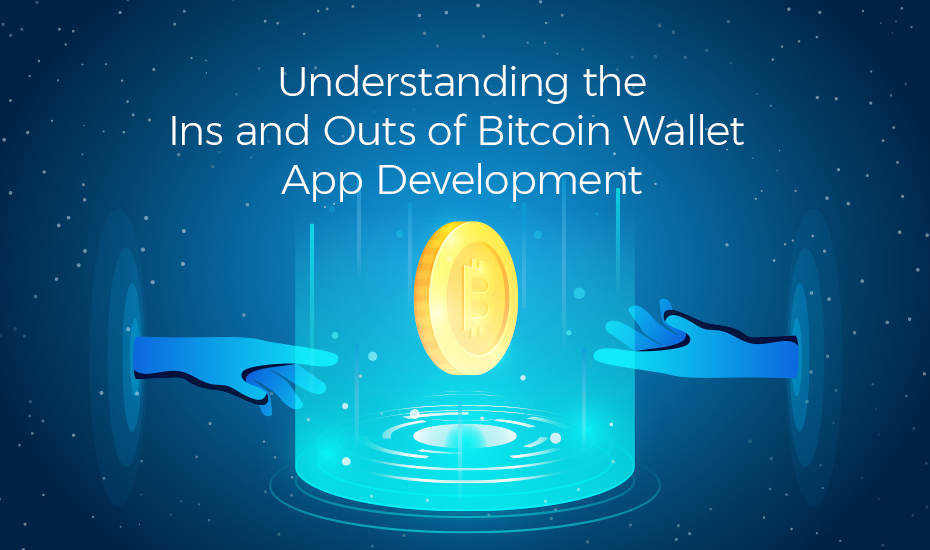 The whole idea behind launching bitcoin was just to try an open-source decentralized mechanism and see if it works. And suddenly it became one of the most revolutionary inventions of all time. It further blew people’s minds off in 2017, when its price saw a whooping all-time high of $19,891.

Other things that attracted people were the two main features of bitcoin, firstly it requires no middle-authorities as it works on a peer-to-peer network, providing faster and cheaper transactions. Secondly, minimum to no chances of corruption as every transaction is recorded on a decentralized distributed ledger.

What is the science behind Bitcoin Transactions?

If you are a user or you are a business owner, you can easily adopt bitcoin. You need no technical expertise to use the digital currency; simply install a bitcoin wallet app on your mobile or computer and you are ready to go. Every coin has a private and public address keys that are used while sending or receiving bitcoins. Every time you make a transaction, a different address key is generated.

Let’s delve into the process a little further:

Balances: Every bitcoin transaction takes place only on a blockchain and is chronologically saved with cryptographic encryptions. The wallet used to store these bitcoins is equipped with programs to calculate the balance.

Process-mining: The entire process of creating bitcoins is called mining. It is done via a distributed consensus system that is used for confirming the transaction.

Bitcoin wallets allow customers to easily send, receive and store their bitcoins. The number of bitcoin wallets is increasing day by day, allowing the users to make payments from the wallet itself. Consequently, the demand for reliable bitcoin wallet app development companies is also increasing.

Bitcoin wallets have gained huge traction due to several reasons, some of them being transparent, secure, and quick transactions.

As stated by Statista, “The number of Blockchain wallets has been growing since the creation of the Bitcoin virtual currency in 2009, reaching over 42 million Blockchain wallet users at the end of September 2019” shows the ever-growing use of Bitcoin wallets.

As the numbers are continually increasing, you can tap into the wallet market having 42 million Blockchain wallet users by embarking on the bitcoin wallet app development journey and generate revenue. Here are some benefits of Bitcoin wallets that have attracted many users.

Anonymity is one of the major benefits of developing a Bitcoin wallet app. We all are familiar with businesses that keep track of our details. Many people who trade in cryptocurrency prefer their transactions to be anonymous for several reasons, such as law enforcement–related issues, company-specific information, or just for the sake of maintaining privacy.

Who does not appreciate fast and easy to use services? The Bitcoin wallet app shares the appreciation as well. A  Bitcoin Wallet is an easy and fast platform that makes sending and receiving Bitcoins effortless. Wallets with enhanced performance process Bitcoin transactions in just a few seconds, further making it even more convenient for the users.

Bitcoin wallets are not influenced by the government or financial organization. Users need not worry about their accounts being frozen or paused-transactions due to some unknown reasons. Users can simply transfer Bitcoins and enjoy the ease of fast transactions.

Apart from these major benefits, Bitcoin brings other benefits to the table like, no reversal of any transaction, which simply means less fraudulent instances that are common with credit and debit cards.

Bitcoin has been a completely revolutionizing introduction that has brought socio-economic changes further leading us to new possibilities. Bitcoin wallet app development has been increasing across the board and we are pretty sure that it will keep increasing with time.

If you want to tap into this rapidly developing market and get insights on how to develop a Bitcoin wallet app, checkout out our blog section.