Understanding Multisig Wallet and its Use-Cases 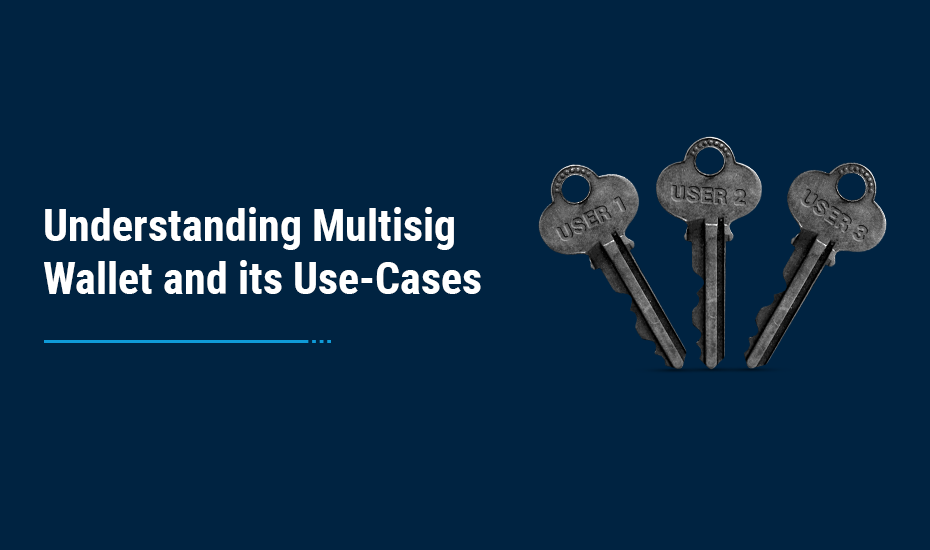 Multisig, also known as multi-signature, is a specific type of digital signature that allows multiple users to sign a document as a group. It is basically a combination of multiple unique signatures. Multisig technology is being leveraged in cryptocurrency wallet app development process these days; however, its concept has been around long before the creation of Bitcoin.

How Does Multisig Technology Work?

Imagine a secure box that has two locks and two keys. One key is held by (let’s say) John and another is held by Amanda. The only way to open the box is – if John and Amanda both provide their keys at the same time. This means that neither Amanda nor John can open the box individually, without each other’s consent. The multisig technology enables users to add an extra layer of security to their funds.

Before delving into multisig technology further, let’s comprehend standard Bitcoin address that is based on single key instead of multiple (single key address).

Bitcoins are generally stored in a standard single key address format, implying that the person with the private key is allowed to access funds without anybody else’s authorization. Managing a single key is faster and a lot easier than multisig key, but there are multiple issues with single-key address wallets. First and foremost is security.

If the funds are protected by a single point of failure, it becomes easy for hackers to steal those funds by exploiting some phishing techniques. Single-key addresses are not the best option for businesses dealing with cryptocurrencies. Since the funds are stored on a single address, the key is either assigned to a single person or multiple individuals at the same time – making it even more insecure.

Multisig wallets are a perfect solution to security concerns associated with single-key address wallets. Funds stored in a multisig wallet can be moved only if the multiple signatures are provided at the same time. Each signature is generated through the use of a different private key.

A multisig address is configured using a combination of keys – the most common combination being 2-of-3. It means only two signatures are enough to access the funds of a 3-signature address. Other combinations include 2-of-2, 3-of-3, 3-of-4, and more.

Multisig cryptocurrency wallet app development is gaining rapid traction worldwide. Here are some of its use-cases:

By using multisig wallets, users can rest assured that even if one of the keys are compromised, the funds are still safe.

Imagine John creates a 2-of-3 multisig address and stores each private key on a different device or place (for example, mobile phone, tablet and laptop). Even if the tablet is stolen, the thief won’t be able to access John’s funds using only 1 of the 3 keys.

Multisig technology also allays malware infections and phishing attacks as the hacker would most likely have access to a single key or device.

However, using multisig technology as two-factor authentication can be risky, especially if it is a set of 2-of-2 multisig address. If one of the keys is lost, you will not be able to access your funds. Thus, it is safer to use a 2-of-3 setup.

What if John and Amanda get into a dispute? John makes the payment but Amanda does not provide the services or goods as promised. In such a scenario, escrow transactions serve best. To resolve the dispute between users, a mutually trusted third party/arbiter steps in. Considering the wallet is configured to be 2-of-3 multisig wallet, the third key in above case is given to the arbiter. Based on arbiter’s judgment the key can be given either to John or to Amanda.

Consider a corporation with four board of directors. By setting up a 4-of-6 wallet, each board member gains access to one private key. No individual board member can misuse the funds. Thus, only the decisions agreed upon by majority board members can be executed.

An added layer of security, ability to use escrow transactions, and enhanced authentication are the key applications of a multisig wallet. With the need for more than one signature to transfer funds, multisig cryptocurrency wallet development provides enhanced security and enables trustless escrow transactions.