Cryptocurrency Regulations: An Insight into the Global Scenario

ICO Statistics: Why ICOs are Popular across the Globe 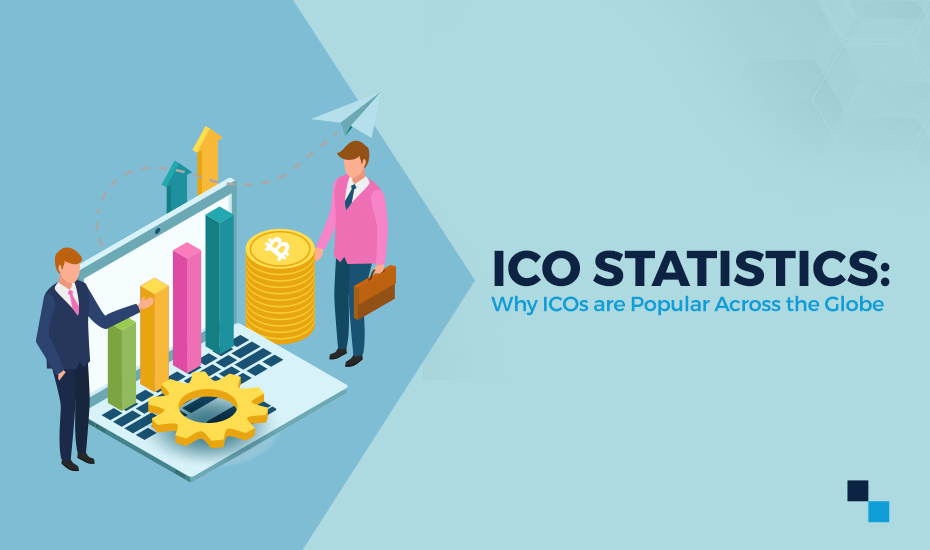 The trend of cryptocurrencies in the financial industry is all in the talks of the market. The cryptocurrencies are sure to revolutionize how the payment transactions are carried out. The impact has been viewed worldwide as global customers are adapting to the market with great zeal and enthusiasm.

One of the prominent use cases of cryptocurrencies is the ICO which is the best fundraising opportunity for the businesses. The cryptocurrency is backed by blockchain technology. Smart contracts are the base for crypto assets that get floated in the market.

In this article, we will delve ourselves into the statistics of Initial Coin Offering development to gain more insights on the ICO in the crypto industry. Further, this will help you to know how prosperous this market is.

We have comprehended various reports and data published by various groups such as ICOdata, Coinist and ICObench from time to time. So let’s get started.

Amount raised by ICO in the previous year – $11.4 Billion

In 2018, the launch of crypto assets took a spectacular turn with a lot of new cryptocurrencies being launched. The total amount being raised through completed and ongoing ICOs reached the mark of $11 billion.

The most positive month for the launch of ICOs in the previous year was March. A total of 528 ICOs were launched in March, making an unbeatable record to date for any month.

A total of 13% growth was recorded year on year (YOY). The total funds grew to $11.4 Billion from $10 Billion last year. The growth accounts for adequate terms as it matches with the expected interpretation.

The funds raised from completed ICOs were $7.8 billion in 2018 as compared to around $6.2 billion in 2017. The year over year growth of funds amounted to 25% which indicates the confidence of investors in the market. Even there existed some risks within the space; still, new cryptocurrencies keep pouring in and the interest of consumers is intact.

The total completed ICOs amounted to 1,253

The average amount raised by an ICO amounted to $11.52 million in the previous year

A cumulative amount of $22.5 billion raised in five years

Since the time Initial Coin Offering development started in 2014, total funds raised amounted to $22.5 billion. This is a good figure to achieve within a short span of five years. The overall crypto market showed that on an average $4.5 billion has been raised since 2014. Though in the initial years the market was slow to capture, it gradually picked up its pace.

Most of the ICOs are seen in the Finance industry

It has been seen that approximately 644 ICOs have been recorded in the financial industry. The ICO statistics from Foundico further divide the ICOs as bellow:

It has been seen that bitcoin is the most popular cryptocurrency but Ethereum is the cryptocurrency with the highest return on investment. As investors are going positive about an ICO, thus the demand for Initial Coin Offering development is also high. The future is always predicted from past trends and the flourishing past of ICOs anticipates that the future of ICO is bright.

If you are planning to launch your ICO, we can help you navigate your journey. Backed by a team of ICO experts, we offer comprehensive ICO development services – from token design conceptualization and development to white paper creation, smart contract development, ICO platform development, ICO marketing, consulting, and more. We emphasize on steering your ICO venture toward success.