SEC Regulations on ICO: What you need to know

What is Consensus Mechanism: A Complete Guide to Consensus Algorithms 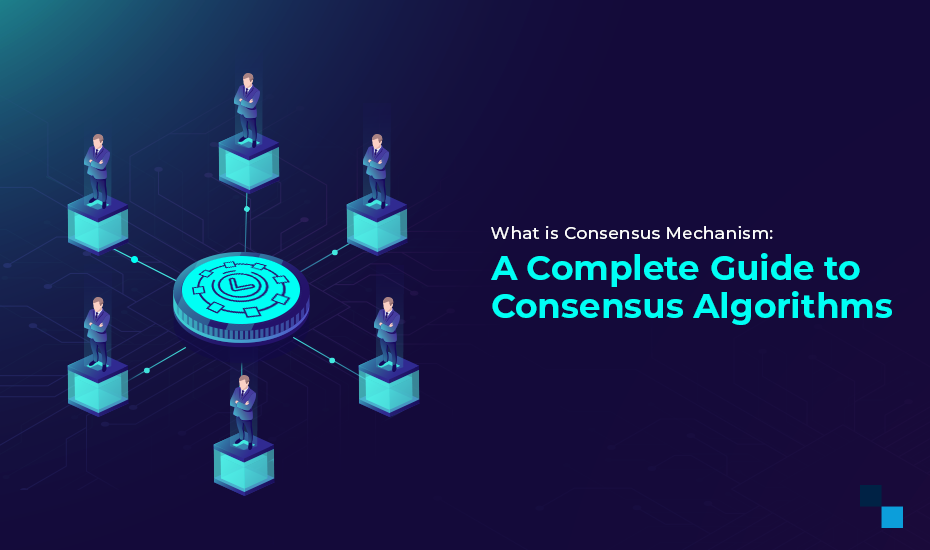 The introduction of Bitcoin in 2009 engendered a technological revolution that disrupted the world. Bitcoin’s fundamental technology, known as Blockchain, facilitates transparent, secure and trustless transactions that acted as a catalyst for Blockchain’s global acceptance and adoption.

In order to comprehend the potential of Blockchain, let us delve into the core component of Blockchain that empowers it to function without a central authority – Consensus Mechanism. Consensus mechanism is leveraged by the cryptocurrency landscape; companies delivering cryptocurrency exchange development services employ various consensus mechanisms to build decentralized crypto exchange platforms.

Let us explore the difference between exchange platforms to understand the need for a consensus mechanism.

In a centralized exchange, only the central entity is authorized to maintain and update the database. The data flow is controlled by the central figure; they decide upon the type of data that is required, relevant and permitted in the database. The central authority adds, deletes or updates the data based on the rules that it has set for itself.

A decentralized exchange, on the contrary, makes central authority functions redundant and is self-regulated. Anyone can be a node, and each node is a server. The nodes are equal in hierarchy, which means that no node or entity has more access than the other node. The participants in a decentralized system work collectively to verify and validate the transactions in real-time.

The important questions related to a decentralized system would be:

Blockchain provides a solution to all these questions – Consensus Mechanism.

Let us take a deeper look at consensus mechanism.

What is a Consensus Mechanism?

The consensus mechanism can be broken down into the following components:

Consensus: A general agreement amongst all participants, indicating that everyone accepts and supports the decision.

Mechanism: The process made up of defined rules to achieve a specific goal.

A consensus mechanism, or consensus algorithm, refers to the process of reaching to a unified agreement (consensus) on the state or status of the network in a decentralized way. It facilitates the verification and validation of information added into the ledger, ensuring that only authentic transactions are added to the Blockchain.

Proof of work (PoW) requires miners to compete against each other to solve mathematical functions using advanced computing hardware. The winning miner needs to prove that he did the mining work and then he can add new transactions on the public ledger (Blockchain). The miner is then rewarded for his efforts. Miners with higher computation power have more chances of winning the competition. The collective computing power of participants secures the network.

In Proof of Stake (PoS), the miners or validators required to solve a mathematical function are chosen depending on their economic stake in the network. For example, a validator is chosen to solve a function with a probability proportional to the number of coins that the validator possesses. This implies that the validator with more number of coins is more likely to be selected to solve the problem and generate the new block.

Some PoS systems also consider the time duration which a validator has held the coins in the wallet. This criterion is known as Coin Age. Longer the time-period better the chances of being selected.

The Proof of Burn (PoB) algorithm works in a simple fashion. The miners send their coins to an unspendable address, known as eater address, thus taking their coins out of circulation or burning them. The transactions for these coins are recorded on the Blockchain to maintain a proof that these coins cannot be spent again.

The idea behind PoB algorithm is that the users burning the coins are showing long-term commitment to coins as they are readily taking short-term loss in exchange for long-term gain. As time progresses, the users of PoB algorithm continue to receive reward in the form of greater privileges for mining or increasing their stake of alternative coins. Users burning more coins have greater chances of mining the next block and increasing their rewards.

Named after Byzantine Generals’ Problem, Byzantine Fault Tolerance allows a distributed computer network to function properly and reach consensus despite malicious components or nodes of the system propagating incorrect information, or no information at all, to other peers. The aim is to achieve protection against any catastrophic system failures that might deter correct functioning of the network. Eventually, consensus is achieved by the honest nodes of the system.

At Antier, we harness our Blockchain experience and in-depth knowledge to build world-class crypto-related products. Our Blockchain engineers employ your preferred consensus mechanism to reinforce your decentralized exchange. If you are not sure about the right consensus mechanism for your exchange, we can guide you through. Besides, decentralized cryptocurrency exchange development services, we specialize in delivering diligently crafted services to build centralized exchange, P2P exchange, derivates exchange, security token exchange, coin/token development, ICO and STO development and marketing. We deliver a host of offerings to help businesses and individuals tap into the cryptocurrency market.