What are the most Desired features of an NFT Staking Platform? 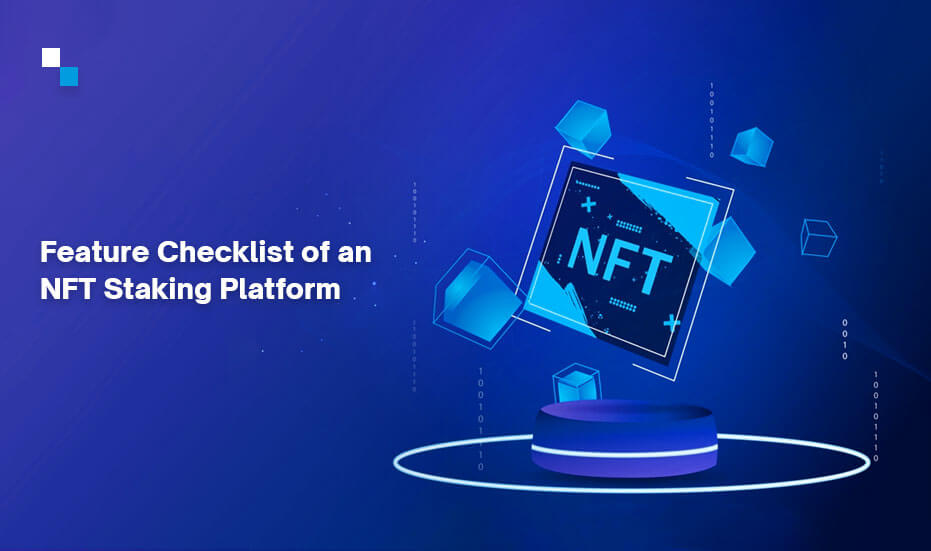 Just like token staking, NFT staking refers to the locking up of NFTs on a DeFi platform. In return for locking their NFTs, the stakers earn passive income in terms of staking rewards without having to give away the ownership of their NFTs. At present, NFT staking platform development is at a very nascent stage but it clearly replicates the concepts of DeFi yield farming that witnessed a massive boom in 2020 and 2021.

Why are investors staking their NFTs?

The NFT market was worth over $41 billion in 2021 but more than 50% of NFT sales amounted to be less than $200. This means almost 50% of the NFT investors are not making millions like Beeple by selling their NFTs. This discourages the NFT investors from selling their collections. They prefer to hold their NFTs and sell them only when the price pumps astronomically. That is where NFT staking comes into play and allows investors to earn passive income and monetize their NFTs while still owning them.

How does NFT staking work?

Since NFTs are essentially tokenized assets, the NFT staking works the same way as the token staking on any Proof-of-stake protocol. The protocol locks up the NFTs in a staking pool and chooses a validator randomly. The validator is then made responsible for confirming blocks of transactions. Every time a transaction is confirmed, a new block is added to the chain, and new tokens are minted which are then distributed to the validators as staking rewards.

The NFT staking website or protocol can reward its users in 3 ways:

The NFT staking website development company can design the protocol to incentivize users with the native protocol tokens.

Incentives like governance rights or early investment opportunities in some IDOs, IGOs, IEOs, and more.

The rewards are calculated based on a few parameters, including the following:

Some NFT staking platforms may have DAOs and would offer additional perks such as voting, governance, and general DAO benefits to the NFT stakers.  In fact, some of the NFT platforms will allow NFT stakers to re-stake the earned tokens which will allow stakers to their compound returns.

What factors does a user look at before selecting an NFT staking platform?

Annual Passive yield determines the passive income generated by staking the NFT. In general, rarity plays a very important role in the APYs and these rates tend to fluctuate very rapidly. Thus, an NFT staker will always prefer to stake his NFTs on a protocol that promises lofty interest rates. While the high rates might sound very tempting, the NFT staking platform owners need to make sure the APYs are not unrealistic and can be sustained in the longer run.

The protocol can also be designed to increase APY rewards if the user stakes multiple NFTs or stakes NFTs with a high rarity.

Some of the NFT staking platforms allow NFT staking only when the user stakes them in combination with protocol tokens.

Protocols also offer an in-built lending mechanism. This allows gamers to lease out the NFTs staked in the protocol for some cost. The protocol then shares a portion of this income with the NFT stakers.

Some protocols are designed to allow users to stake NFTs for an indefinite lockup period. However, others may restrict the lockup duration and would require users to re-stake in case they wish to keep earning the rewards.

NFT staking protocols are designed to put a limit on the number of NFTs that can be staked or the minimum rarity required to stake an NFT.

NFT staking platform development has evolved from blockchain to blockchain. It started from Ethereum and is now available on chains like Polygon, Binance Smart Chain (BSC), Solana, and Cardano also.

Our NFT staking website development services team ensures that we provide you with a feature-rich and secure NFT staking platform. Connect with our subject matter experts to share your business needs.