Reasons to Build an NFT Marketplace on Cardano Blockchain 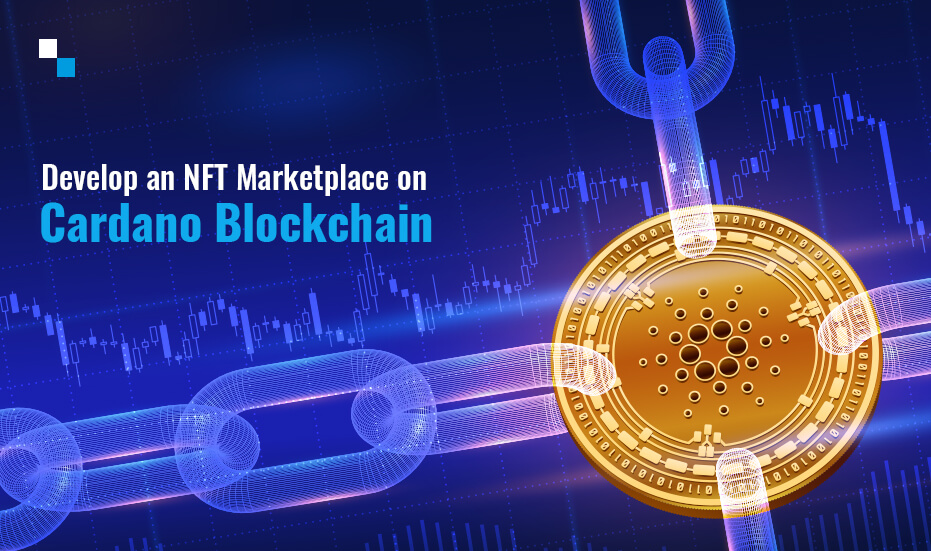 As the digital world evolves, it unfolds various innovative opportunities that entrepreneurs and businesses are seizing these days. One such new lucrative business model is the NFT marketplace. The idea to create NFT marketplace is appealing to many blockchain-enthusiast companies and entrepreneurs, for they have witnessed the traders’ obsession for NFTs. Hence, images, trading cards, video clips, digital artworks, domain names, and any physical assets (tangible or intangible) that have the potential to convert themselves into digital assets can be represented by an NFT token and then can be traded on NFT marketplaces.

NFTs have been recognized as a new trading entity worldwide for their ability to authenticate ownership of digital assets using immutable records on the Blockchain. They’re the latest additions to a crypto-mania that’s sweeping the world, notably among artists, collectors, luxury businesses, and sports teams. NFT values, like cryptocurrencies, are volatile and are usually driven by demand and popularity. An NFT can draw vast amounts of money, which is why they’ve gotten so much interest from traders in such a short time.

What is a non-Fungible Token marketplace (NFT)?

The NFT marketplace, as the name implies, is a platform where NFT developers and investors can purchase, sell, and trade NFTs. Digital artists, musicians, video creators, gamers, game developers, art galleries, luxury brands, and influencers are the most common NFT creators on NFT markets. Art collectors, gamers, and crypto traders are the most common types of investors.

NFT marketplaces are decentralized, open platforms that allow artists to monetize their work by directly reaching out to the public without an intermediary. As a result, an increasing number of artists are turning to NFT platforms. NFT marketplaces are also preferred since they allow artists to access both primary and secondary markets. As you may be aware, NFTs are irreversible and verifiable proofs of ownership; therefore, an artist or NFT creator can consistently demonstrate their ownership of an NFT. The original NFT developer continues to collect royalties even after the NFTs are traded on the secondary market and the license changes hands.

Cardano is a third-generation proof-of-stake blockchain technology that was created using peer-reviewed research and evidence-based approaches. It was designed to address the issues of scalability, interoperability, and long-term viability in distributed systems. The immutability of Cardano blockchain’s distributed ledger technology protects transaction details and removes the risk of false transactions and hacks on NFT marketplaces.

What is the Cardano Blockchain, and how does it work?

Cardano’s creators refer to it as the third-generation Blockchain since it was created to address the issues of scalability, interoperability, and sustainability that plagued the first and second-generation blockchains. Cardano is the first Blockchain to be developed using peer-reviewed research and evidence-based methodologies. According to industry analysts, its output efficiency is higher and better than Ethereum.

Cardano is one of the most popular blockchains among developers because of its five major characteristics:

So why should one develop a Cardano-based NFT marketplace?

Cardano blockchain, as previously mentioned, can attract a bigger crypto-audience. As noted below, Cardano also offers substantial benefits in the context of NFT marketplace development and has emerged as one of the most popular blockchains for developing NFT platforms.

Cardano, among the other platforms, is gaining popularity for its identity and traceability management. It also provides a convenient environment for exploring and innovating on the platform. In the long run, this has a reasonable possibility of becoming a significant platform for issuing, curating, and transferring NFT.

At Antier Solutions, we offer mission-driven services to help you create NFT marketplace on Cardano blockchain. Our seasoned blockchain engineers and subject matter experts leverage their technical prowess and domain expertise to deliver a world-class product that helps you take the lead.

SCHEDULE A FREE DEMO of one of our NFT marketplace development projects or connect with our subject matter experts to share your business needs.