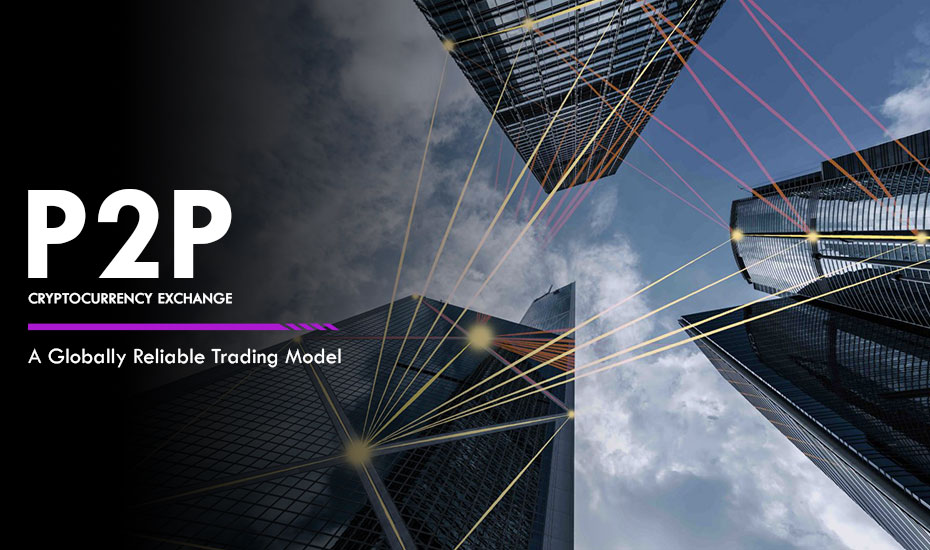 In January 2014, Mt Gox —the largest bitcoin exchange of that period — which was handling about 70% of transaction globally, went offline and took away 850,000 Bitcoins of worth $450M. After this incident, the crypto market had to face a number of scams resulting in the spurred distrust of crypto holders as well as the government of some nations in the centralized exchange.

Due to the continuously rising scams of exchanges, the government of countries like India and China announced a complete ban on crypto trading in 2018 as they couldn’t find the perfect solution for the people’s sufferings. However, the prohibition of regulated exchanges couldn’t deter the crypto community from devising new methods of continuing digital currency trade. Upon a lot of brainstorming, they decided to develop a p2p crypto exchange model based on escrow — a system which acts as an arbitrator to eradicate the payment conflicts between the two parties. Peer to peer platform enables the two entities to directly trade cryptocurrencies with each other, unlike centralized exchanges, which significantly eliminates the counterparty risk. Moreover, the users will have complete control over their funds as P2P exchange doesn’t take the accountability of holding their funds.

How trades are executed in a P2P cryptocurrency exchange

Since no third-party is authorized to match the buyer and the seller, the trading process of this system is relatively more simplified as compared to centralized exchange. Let’s understand this phenomenon with an easy example. Suppose, two parties — Clay and Hannah — place orders to buy and sell cryptocurrencies in their order books respectively. In such a case, the system won’t immediately execute the trade between them, but instead, it will connect Clay and Hannah with each other, enabling them to set the trades on their own terms and conditions. Also, bear in mind that the escrow system has already held the cryptocurrencies of Hannah the moment she confirmed her sell order.

After accepting the order, Clay will send the required amount to Hannah’s account and once she confirmed that she has received the money, the escrow system will release the funds to Clay’s account. Simple!

You might be wondering what will happen if any of them retracted to receive the payments. In this scenario, the exchange team will step in to verify the proofs of payments done by Clay and Hannah. After reviewing the proofs meticulously, the team will make a fair decision to settle the conflict in favor of the buyer or seller.

Secure Channel
P2P exchange is more secure than a centralized one because nobody has control over the funds of the users, except them. This makes the system less prone to fraudulent activities. P2P exchange also verifies the KYC/AML details of the users prior to enabling them to trade on the system. Hence, the traders don’t have to be concerned about the legitimacy of the person they’re dealing with as the system keeps a record of each and every transaction occurring on the platform.

Transaction Censorship
P2P cryptocurrency exchange doesn’t comply with the government regulations. So, this system is nearly impossible to hack or tamper and the users don’t have to face any kind of a nuisance, which significantly enhances its credibility as well as the user base.

Worldwide Transaction Provision
P2P exchange offers an innovative approach to enabling crypto enthusiasts to trade their cryptocurrencies all over the globe, including the unregulated nations. Not only this, the inception of this system has emerged as a viable reason for the burgeoning of cryptocurrency traders and investors.

The Final call
The cryptocurrency communities are trying their level best to make P2P cryptocurrency exchange more intuitive and faster, thus shifting this system towards the progressive direction. As per our perspective, P2P platform will offer enormous benefits to the traders in the foreseeable future, looking for a reliable system to buy or sell their cryptocurrencies. If you belong to the crypto background and planning to start a p2p exchange business, you can discuss your idea with us. Our expertise coupled with your idea would surely result in something big having the potential to disrupt the market.