How to Build an IDO Launchpad on Cardano Blockchain

Learn How To Build Ethereum dApp 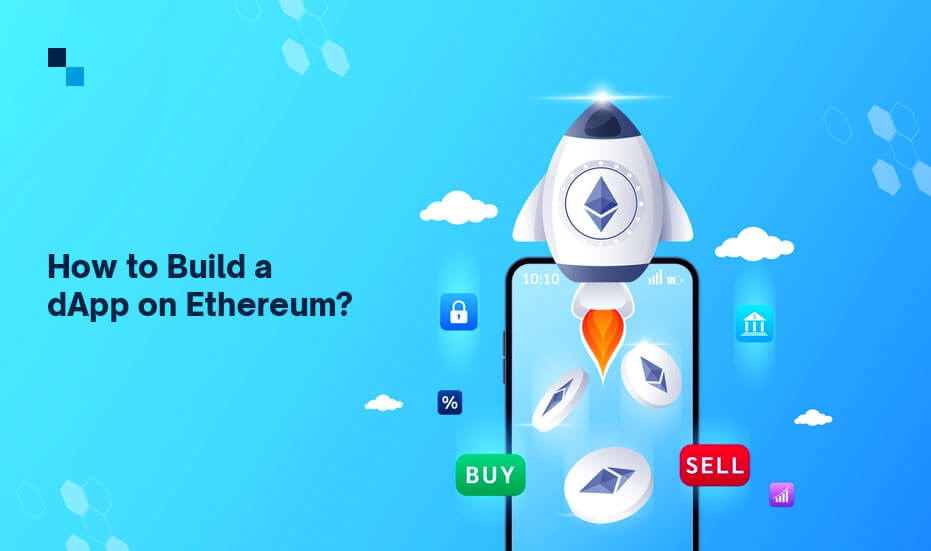 Centralized apps were highly popular in the recent past despite having certain negative points that were being ignored by the users. With the advent of blockchain, we saw a massive roll-out of decentralized applications (dApps). Unlike centralized apps that depend on a central server based on AWS or Azure, these dApps applications directly interact with the decentralized blockchain on which they build. Ethereum was the first chain to host smart contracts and it initiated the trend of Ethereum dApp development. In simple words, DApps are the frontend apps that are powered by blockchain and interact with blockchain with an API.

Unless you have an in-depth understanding of Ethereum, you won’t know how a fully functional dApp can be built on Ethereum.

What is the Ethereum blockchain?

The first blockchain had a limited set of commands and its native currency was Bitcoin, and it’s still popular. That means using the Bitcoin blockchain one can only transfer bitcoin. However, Ethereum changed the game and enabled running smart contracts. An Ethereum Smart Contract supports the development of DeFi dApp development solutions. These smart contracts allow a dApp developer to specify what kind of transactions can the dApp perform.

What is an Ethereum dApp?

Ethereum dApp development is very much similar to any application development. A dApp is a software application that’s built on Ethereum’s decentralized network. However, Dapps vary from conventional apps in some ways, as they can be used for games, entertainment, social networks, etc.

DApp is powered by an open-source code and requires no third-party intervention. The user interface of dApp would be similar to any common application, but its backend is powered by smart contract code which interacts with the blockchain. The backend code is written in a language supported by Ethereum like Solidity, Serpent, or Vyper.

How Will Ethereum Dapps Form The Backbone of Web 3.0?

Web3.0 is still evolving and it has many things to offer. At its core lie the decentralized blockchains like Ethereum. With the rise in internet technology, users have been generating a lot of information that could be consumed and misused by centralized organizations. With Web3.0 all the user-generated data will be decentralized and Ethereum dApps have this ability.

What is more interesting about dApps is that while they are powered by blockchain even their frontend can be hosted on decentralized storage like IPFS.

DApps function on smart contracts which work on blockchain. As the dApps are resistant to denial-of-service attacks, they face zero downtime.

The dApp users don’t need to complete KYC or provide their identity to use the dApp. So, the user identity always remains private and secure.

No single entity on the network can block users from submitting transactions, deploying dApps, or reading data from the blockchain.

DeFi dApp development solutions store data on the blockchain which is immutable. No hacker can forge the transactions despite the data being already public.

Unlike centralized apps that are dependent on middlemen, smart contracts operate independently and cannot be manipulated. As a result, all the transactions on the dApps are trustless and cannot be misused or tampered with.

Antier Solutions is a big proponent of Web3.0 and blockchain. As a reliable DeFi dApp development solutions service provider, we cater to your specific needs magnificently. If you have any ideas in mind, bring them to us and let us build a revolutionary dApp to match your needs.