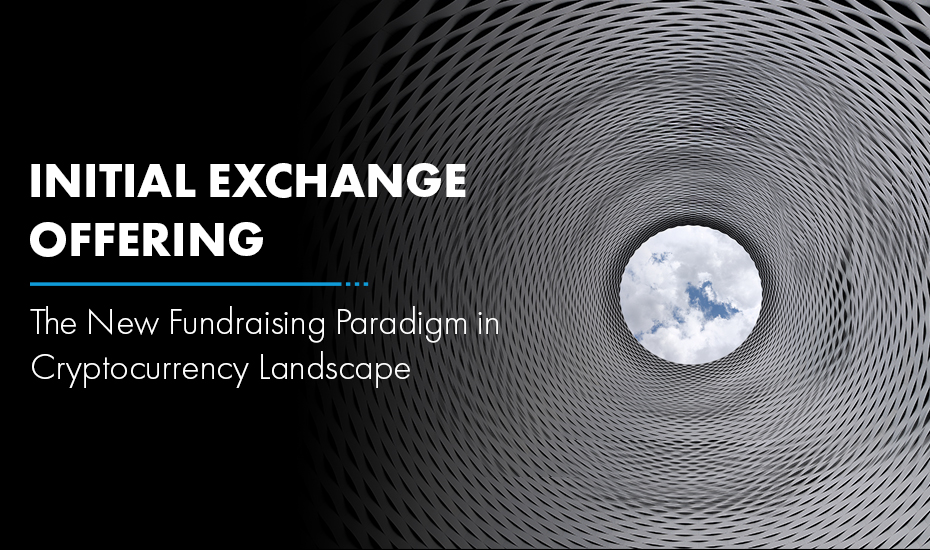 The emergence of cryptocurrencies brought an innovative, decentralized way of fundraising through Initial Coin Offering (ICO). 2017 was seen as the golden year for ICOs as they significantly raised billions of dollars. However, lack of regulatory scrutiny resulted in proliferation of ICO scams. Over the last year, the ICO industry has witnessed a massive downturn due to a multitude of fraudulent schemes coming to light. The fundraising paradigm is now shifting towards Initial Exchange Offering (IEO).

What is Initial Exchange Offering?

Initial Exchange Offering is similar to Initial Coin Offering – both include startups selling their tokens to investors in order to raise funds for their projects. With ICOs, the counterparty is the developer. The developer sells tokens directly to the investors. With IEOs, things are different. Startups conducting IEOs rely on an exchange, or multiple exchanges, to complete the crowdfunding campaign. The exchange may handle smart contract that accepts fiat money in exchange for tokens. The investors send the money to exchange’s wallet or smart contract and receive the tokens.

Each IEO process is driven by different terms and conditions with the exchange. Some exchange platforms may ask for a specific number of startup’s tokens to complete the token sale for them. These tokens may not have value initially, but the exchange is likely to enjoy good profit if the project performs well. In other case, the exchange may charge a flat fee in fiat currency.

The terms of Initial Exchange Offering also vary widely. Startups can demand a fixed value for their tokens throughout the IEO campaign. Conversely, project owners can demand a token cap for every investor in order to prevent “whales” from buying a disproportionate share of tokens. Some startups even grant complete control of pricing to the exchange based on supply and demand.

Exchange platforms can enjoy significant benefits of hosting an IEO, such as:

People usually seek innovative startup ideas and technology for investment. Exchange platforms that host an innovative IEO project can leverage the benefit of getting new users (potential IEO investors) on their exchange.

If an exchange hosts legitimate, high quality projects and IEOs, it can do positive marketing for that platform.

Hosting an Initial Exchange Offering can be a great way to generate more trading fees on an exchange platform.

The more popular the exchange, the higher the fee to list ICO tokens on their platform. Some exchanges purportedly charge $6 million as listing fee. With Initial Exchange Offering, the tokens are listed on the exchange immediately after the sale. Startups can have a healthy token economy for their project in the initial phase, which can foster their growth.

The largest crypto exchanges have millions of users trading on them. Conducting an Initial Exchange Offering on such platforms provides startups with an immediate access to that user base. It also helps reduce marketing costs.

The cryptocurrency fundraising ecosystem is maturing and offering much-needed improvements in standards and user experience. Initial Exchange offering is driving fundraising revolution and the traction it is gaining shows that IEO could be the future of cryptocurrency crowdfunding.