How to Manage Your Digital Assets with a Bitcoin wallet App

Everything you Need to Know about an STO Exchange Platform

How to launch an ICO on Ethereum Platform 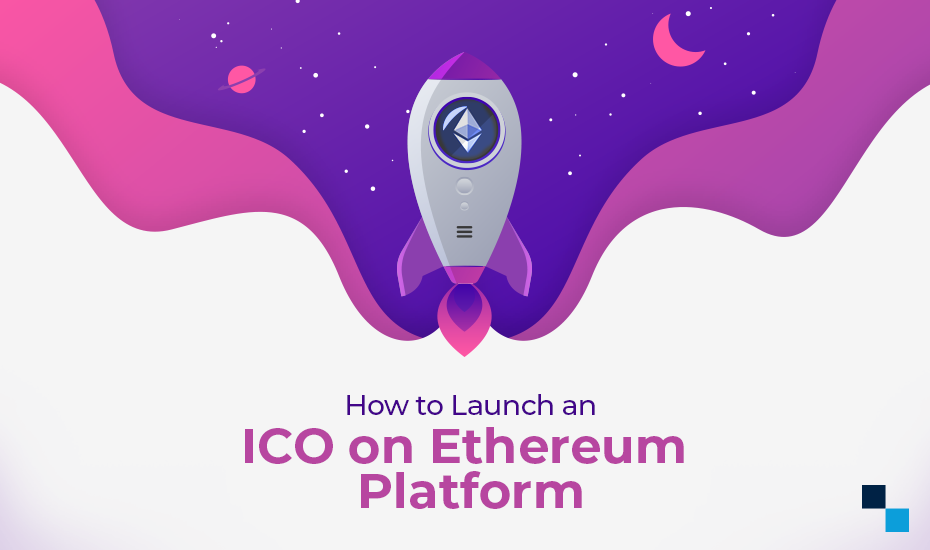 ICO is a method to raise funds to support a new project through the use of cryptocurrencies. It is a mechanism that allows a company to seek global investors without letting out control of the business to them. The methods of raising funds are private ICOs or crowdfunding in which payments are generally made in Bitcoin, Ethereum or fiat currencies against the issue of coins or tokens.

If you are wondering how to launch an ICO on Ethereum platform, first and foremost a token has to be created and standard protocols have to be defined which will illustrate the rules and regulations for issuing the tokens. ERC20 is a widely used standard for an open-source, blockchain-based computing platform of Ethereum. Thus, the Ethereum smart contract is built for issuing and creating digital tokens.

So, now let us walk you through the process of setting up a coin using the Ethereum blockchain platform.

For launching an ICO, first and foremost technical milestones need to be addressed. An effective business plan idea needs to be developed which will be describing how the collected funds will be utilized in the future. A well-written white paper goes along mentioning the product specifications and further a thorough testing is done to proceed to the development stage. After creating a landing page for ICO and setting up a marketing campaign for the same, you are all set to go.

Steps for creating an ERC20 token on Ethereum Platform

To start on Ethereum, firstly a token has to be created; you need to identify the token name, symbol and if it allows decimal fractions. There is also a need to settle down on how many tokens will exist in totality, as instance 21 million Bitcoins will exist.

Following parameters need to be considered to kick start an ICO:

Now let’s say you have fulfilled all the requirements for launching a token and customization of ICO does not only end at defining its period. You may also be concerned about the security due to many hacks happening in the crypto markets. For this, you may apply various codes which will freeze the contracts of clients in case of an emergency. For customization, you may refer to many other possibilities as well. Below mentioned are a few ideas:

Before finally launching an ICO, there is a need to make sure that no code goes untested as once it has been launched, it is final. There are plenty of strategies to make changes in the contract but it will decrease the trust of the community in the coins listed on an exchange. In smart contract development, code reviews are crucial parts. Each line of code has to be checked by its peer before committing to the repository. The analysis helps in discovering incorrect implementation and any inconsistent contract behavior.

The different components required for developing a basic Ethereum smart contract that represents a coin are:

By now, you must have got an idea of how to Create an ICO on Ethereum platform. For technical assistance, you can look for a professional company that can guide you through the ICO process – from white paper creation, token development to landing page design.