How much does smart contracts audit cost? Talk To Our Experts

How to Build a P2P Crypto Exchange like Bybit?

How Much does Smart Contracts Audit Cost? 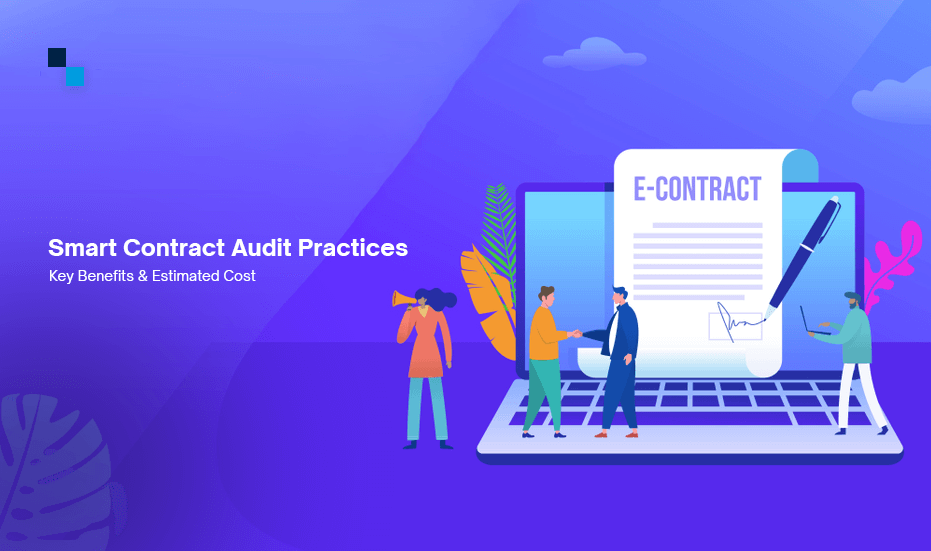 Amid the rising trust issues in the digital world, many businesses have started utilizing smart contracts to enhance the security quotient. In addition to providing security and transparency, smart contracts foster an environment of trust between two parties.

While various industries such as healthcare, finance, supply chain, sports, and more are eagerly adopting smart contracts due to increasing security concerns, a small error while writing and deploying them can result in huge financial losses. This is where the concept of smart contracts security audit comes into the picture.

The following are some reasons why you must adopt smart contract security audit practices:

Conducting routine smart contract audits on a Blockchain application during the development lifecycle could avoid potential errors after the app launch.

Smart contract audits could help you identify entry points for potential hacks and update your threat model for risks that may evolve in the future.

Instead of performing multiple tests on a Blockchain application during the testing phase, a thorough smart contract audit could bring security to the Blockchain code and save your time and money in the long run.

Factors to Consider for Estimating the Smart Contract Audit Cost

Though the total cost of performing a smart contract audit depends on numerous factors, here are some crucial ones:

One of the noteworthy factors that could help you determine the cost of your smart contract audit is the app size. The size of your Blockchain project depends on the app’s complexity and the total number of features you’re willing to integrate into your application. Performing a thorough smart contract audit on a complex project may take more time than expected which will lead to a higher audit cost.

The cost of your audit relies heavily on the number of people involved in the auditing process. Moreover, factors such as tools and technologies required to audit an application, maintenance & post-delivery services, and project management cost also contribute to the smart contract audit cost.

The price of an audit also varies from platform to platform. For instance, the estimated cost for performing an Ethereum smart contract development and audit depends on Ethereum’s gas fees, storage fees, contract execution process, and many more factors. On a similar note, the smart contract audit cost for Blockchain platforms like Tron, Solana, Polkadot, and more may depend on their features and architecture.

The team of experts at Antier harness its experience and expertise to audit smart contracts for existing and potential errors, security flaws, compilation issues, and more – to ensure the quality of the code. We boast a team of more than 500 experts who help you refine your offering and suggest the best tech approach. We provide a complete report comprising vulnerability details along with mitigation guidance after a deep smart contract audit. We back enterprises at all stages of the Blockchain development lifecycle such as auditing, testing, and formal verification.