10 Essential NFT Marketplace Features to Ask From Your Technology Partner

Building a Platform Like Yearn Finance: Things to Consider

Guide to Develop an NFT Game Like Axie Infinity 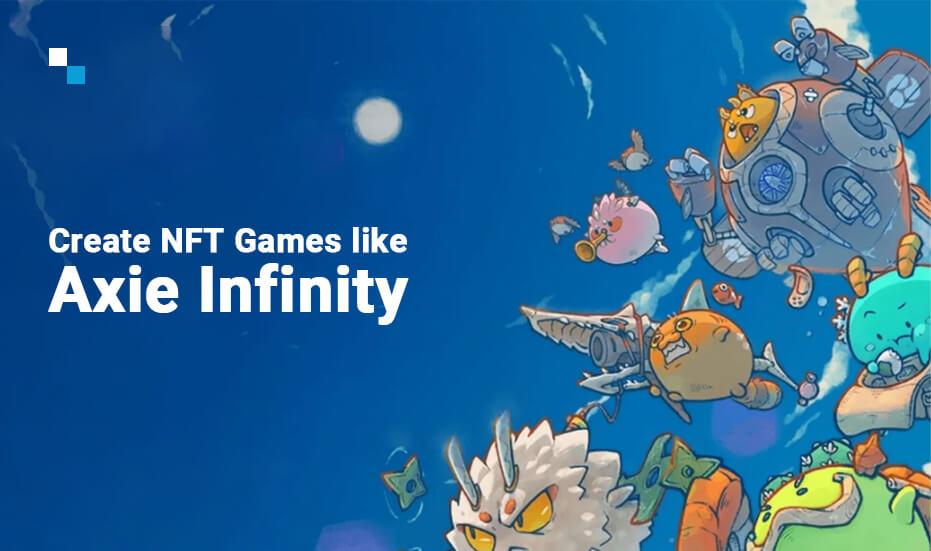 Axie Infinity, a P2E (play-to-earn) blockchain game is the highlight from 2021. In fact, the game has been quite a rage in countries like the Philippines and Vietnam where it is providing a source of income to the players. The meteoric 77468% rise of its token AXS proved that games like Axie Infinity can get really big and this is the best time to launch an NFT Game like Axie Infinity. That’s because the blockchain gaming sector is booming right now.

What is Axie Infinity? How can you build a game like this quickly?

Axie Infinity is a Pokemon built on the blockchain. Its gameplay revolves around a battle-based pet breeding game. The game participants are required to buy three characters to start playing the game. And as they continue to play the game, they receive a considerable share of the income of the Axie Infinity platform.

It must be noted that Axie Infinity is basically an Ethereum based play-to-earn game. But it custom-built a side-chain called Ronin to overcome the gas and scalability issues of Ethereum. While using the Axie Infinity Clone Script one must make sure an appropriate side-chain is selected to avoid gas fee issues later on.

An Axie Infinity Clone Script is a white-labeled piece of code that can be used to quickly build a similar game. The code is customizable and brings down the entire development effort of the game to 7-10 days. Thus with some small tweaks and customization, one can provide a competitive game in the market.

What core functionalities should the Axie Infinity Clone Script include?

Axies and their stats

Axies are the collectibles of the Axie Infinity game that participate in the gameplay. These are pretty much similar to the pets of the players. A minimum of 3 Axies is required to start the gameplay. However, when you are building your game, this can be customized. Each Axie comprises 6 body parts and 4 Stats and based on the clone script these can also be customized. Basically, these body parts and stats help distinguish between the strength of two Axies. This is what determines the price of each Axie then.

The 4 basic stats that are used to differentiate the Axies are HP, Morale, Skill, and Speed.

1) HP stands for Axie’s health and this determines how long it can take the attacks in a battle.

2) Morale is a stat that enables the Axies to make critical strikes like a kind of power-up.

3) Skill stats define Axie’s ability to use multiple cards. Based on the skill level an Axie can impart extra damage to the opponent’s Axie.

4) Speed of the Axie is a self-explanatory stat and the Axie with higher speed always has an advantage of attack first.

All the above stats can be customized in the clone script. Now coming to the core functionalities.

The land of Axie’s is called Lunacia and is divided into plots that are tokenized. These tokenized pieces of land act as a shelter to the Axies. The lands that provide better shelters are generally costlier than the rest and can be used to generate AXS tokens.

Axie Breeding is one of the most important aspects of the game. Axies with different stats when bred led to a new Axie that could be better than the rest and can help players enhance their gameplay. The players can also choose to sell the newly bred Axies in the marketplace.

Axie Infinity comes with an in-game marketplace and it has been observed that games with their own marketplace turnout to be more successful. The players can breed new Axies and sell them in the marketplace. The Axie Infinity script clone will include this feature too.

Axie Infinity has a dual-token model. AXS and SLP. While AXS is a governance token, SLP is the in-game currency which is an ERC-20 token used to breed Axies.

What features does the Axie Infinity Clone script include?

The clone script will include different features for admin and players.

If you are looking forward to developing a game like Axie Infinity, we can help you develop them across more scalable blockchains like Binance Smart Chain, Polygon, or Tron also. This ensures you do not need a side-chain like Ronin to keep the gas fees in control. Our Axie Infinity clone script is highly customizable and our expertise ensures top-notch development.