Building a DeFi Lending Platform like Aave: Things you Need to Know

Decoding the Process of Bitcoin Exchange Development in 2022 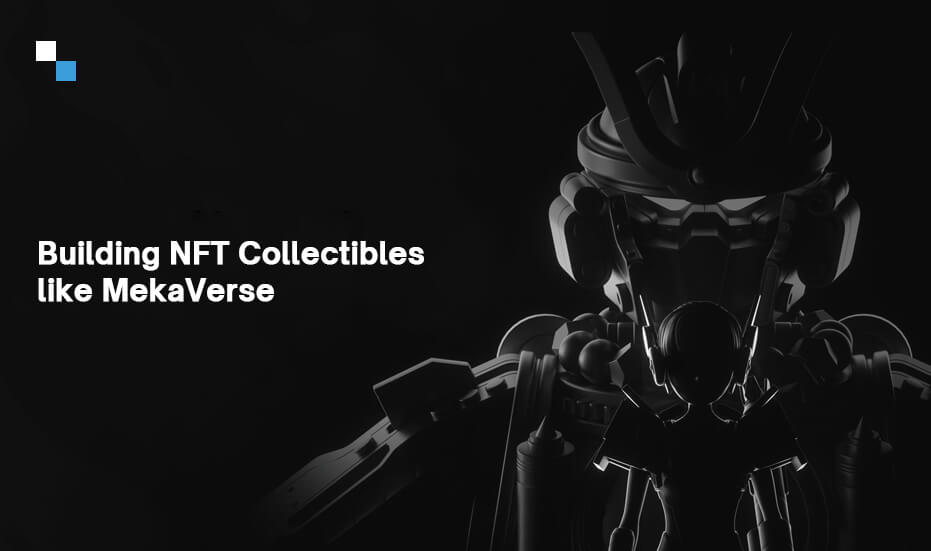 Mekaverse NFT marketplace development is focused on comic and fictional characters, similar to how NFTs were launched onto a platform. When creating a platform for funny characters, the level of traction will be strong, especially among comic book fans and other crypto enthusiasts. NFT Development has led to the evolution of NFT platforms over time. Many NFT Development Services have come up to back artists and comic enthusiasts to exploit the marketplace.

People are keen to mint their favorite humorous figures and sell them for a large sum of money online. As a result, creating a platform like Mekaverse is an added benefit for people who are well-versed in comedic and animatic poetry. What’s all the fuss about? Everyone is constructing a medium to mint their “treasures” and claim ownership of them. On the other hand, people in distinct categories will have a higher value in an NFT economy.

What Is MekaVerse NFT and How Does It Work?

The MekaVerse NFT collection is an 8888 NFT project that started in October 2021. The NFTs have a distinct graphical style, with robots known as “Mekas’ ‘ appearing in each one. These Mekas are based on Gundam-style robots, a fictitious Japanese anime genre featuring massive military robots known as “mechas.” Each Meka has its tale, or lore, associated with it.

The MekaVerse collection is likely the most touted collection release since NFTs became prominent a few years ago. The craze grew from there. MekaVerse also hosted a public raffle in early October, with the winners receiving the opportunity to mint NFTs with one or two Mekas. On OpenSea, an NFT marketplace, such NFTs were then made public. There was also a lot of interest, with approximately 173,000 wallets registered for the raffle.

Given below are the reasons to make NFT platform like Mekaverse:

A non-fungible token is referred to as a “non-fungible token.” It is the most recent fad amongst people. These tokens are traded and bought all over the world. An NFT was sold for $69 million by Mike Winkelmann (called the Beeple). The full technique is described in detail here. How can you create your own NFT token, though? The steps are simple; if you read them, you’ll be well-versed in the process:

Step 1: Decide which comics you want to read.

Songs, paintings, films, and even comic books can all be represented by NFTs. So, first and foremost, pick a comic book. However, it does not have to be your personal favourite. Instead, it can enjoy a region-first status similar to Stan Lee’s Chakra Invincible NFTs, which has the distinction of being India’s “first-ever superhero.”

Step 2: Decide which blockchain to use.

As of today, there are multiple blockchain platforms available and each one of them have their own NFT token standards, wallets, and sometimes a marketplace as well. This means that the token created on one platform can only be purchased on its relevant marketplace. Some popular examples include Ethereum, Solana, Cardano, Tezos, Binance, Polygon and even Polkadot.

Step 3: Form a collaboration with an NFT Development Company

After acquiring Etherium, you must enrol in NFT by selecting a suitable NFT production studio. It is preferable for beginners to find an appropriate NFT development firm because it is the simplest setup and best suited for them. After choosing a company, all that remains is to create a wallet in order to send/receive fiat/crypto funds.

Once the wallet is successfully set up, convert artwork into NFT. This can be done by simply registering as a creator on the platform. Here, the process could differ from platform to platform.

At this stage, your NFT development company would help you in minting the NFTs, under appropriate categories and list for sale.Needless to say, you must make it immensely easy for the buyer to browse, select, pay and buy the NFT.

You can post your comics NFTs for sale on third-party marketplaces or your own specialised one after you’ve successfully generated them. Following that, a pricing page will appear, where you can specify the terms of the transaction. You have the option of holding an auction or selling the NFT for a fixed price. Mekaverse brings an amazing opportunity for you to exploit and for that you should hire an NFT Development service today.