Understanding the Smart Contract and its use-cases for Business 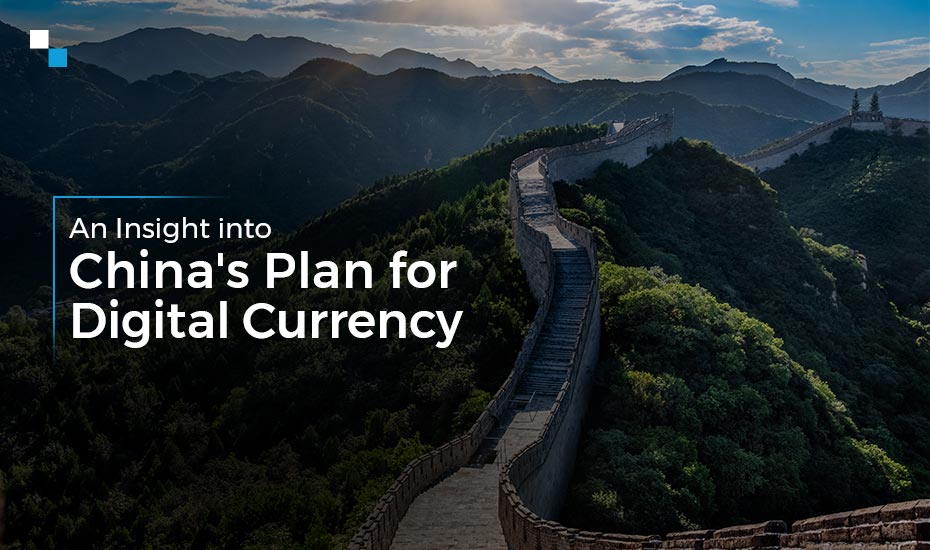 China is planning a real-world pilot of its digital currency, dubbed Digital Currency Electronic Payment (DCEP), in Shenzhen and Suzhou, according to a report by an influential Chinese financial news source Caijing.

According to Caijing, the pilot will witness the real-world implementation of DCEP in sectors like education, transportation, and healthcare.

The pilot will be carried out in two phases – the first will be a smaller one and more likely to commence at the end of 2019. The second phase will be performed at a larger scale later in 2020 in Shenzhen. If everything goes well, a full launch of DCEP is anticipated after the pilot.

What is known until now?

The Central Bank of China has been working on a project called “DC/EP”, Digital Currency/Electronic Payments, for the past five years.

Yi Gang, the governor of the People’s Bank of China (PBoC), said that the idea was not to launch a new cryptocurrency like Bitcoin or Facebook’s Libra coin but to partially digitize the existing monetary base, or cash in circulation, of China.

As for the use of DCEP, retail banks and FinTech companies will continue following the existing approach to customer fund management, however, the proposed digital currency will provide a more transparent way for banks to settle payments with each other, compared to the current clearing system.

Will DCEP have a blockchain and is it cryptocurrency?

Originally, blockchain is a decentralized database that is stored across a network of computers, where the transactions are public and no single individual is permitted to modify other people’s accounts.

However, the Central Bank of China would prefer to retain complete control over the database to act as the only authorized figure to view all transactions and alter records. It is thus being referred to as a private, permission form of blockchain by some individuals.

Cryptocurrency is usually regarded as a digital currency that is implemented with blockchain technology and not controlled by any central authority – like Bitcoin. In this sense, DCEP will probably not be a cryptocurrency.

What will happen to retail banks?

If people can hold their electronic funds directly at a central bank, it could cut out the intermediary, in this case, retail banks.

But, DCEP will be issued to existing financial institutions – according to Mu Changchun, the head of digital currency research for the People’s Bank. This means that the banks will distribute the digital currency to people for use, just like physical currency is issued currently.

Why does the People’s Bank need a digital currency?

Furthermore, as digital currencies gain global adoption, this could reduce China’s exposure to U.S. financial institutions and make the nation less pregnable to sanctions. Down the line, the central bank’s digital currency could also revolutionize the current mechanism for cross-border transactions, making it more accelerated, transparent and cost-efficient.

It has been argued that using trackable digital currency instead of cash would pose a serious threat to users’ privacy, as it will provide central banks, or retail banks issuing the currency, with a complete view of people’s transactions.

To address this concern, Mu Changchun has promised to provide anonymity in transactions for those who demand it – according to a Reuters report. However, there will be a balance between privacy and preventing illicit transactions.

Are there any similarities between DCEP and Facebook’s Libra?

Of late, Mark Zuckerberg warned the U.S. Congress that if its Libra project was blocked, it is more likely that China could pull ahead of the U.S. in financial innovation and global influence.

But, Facebook’s Libra and PBoC’s digital currency are not similar. While Libra will be backed by multiple currencies, like Dollar and Euro, DCEP will be purely backed by the Renminbi. Furthermore, Facebook intends to launch its currency for the global market, whereas DCEP will be controlled by the Renminbi’s capital, which will control the flow of funds outside of the country.

The People’s Bank’s digital currency is poised to enhance transactions across the financial system. The currency, being trackable, can be an ideal solution to deter illegitimate transactions, thereby allowing more transparent and authenticated transactions.

If you are planning to launch your crypto coin or a stablecoin like Facebook’s Libra coin, Antier Solutions can help. We are backed by a team of experienced blockchain developers and subject matter experts who harness different blockchains, depending on your business needs, to deliver a meaningful solution for desired results.

A free consultation is available to discuss your business needs, no obligation, just a friendly chat to work out if we can help.