Tap into the DeFi Market with DeFi Staking Development

Boost your Venture by Building an NFT Marketplace on Avalanche 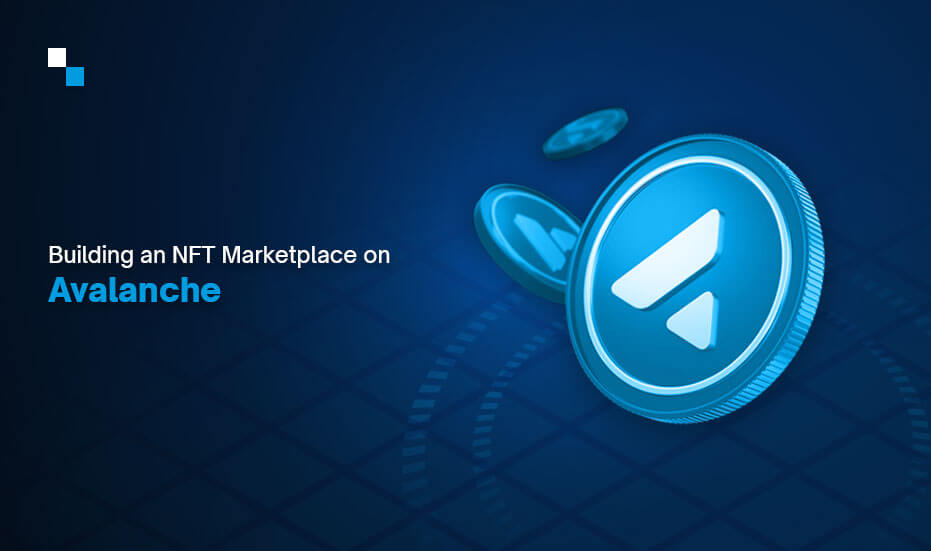 The cryptocurrency market has demonstrated how unpredictable it can be in a short span of time. This has prompted the cryptocurrency community to seek new solutions that function effectively while also enabling energy optimization. As humanity suffered from unseen danger, the Avalanche blockchain network debuted, providing much-needed hope. The crypto world was astounded by the functionalities it provided, as well as the almost limitless potential it offered.

Businesses have gradually begun to use Avalanche, and the network is continuing to gain significant popularity. On the blockchain, there are companies that run DeFi-based apps, NFT markets, launchpads, exchanges, and other services. In this article, we will focus on creating an NFT marketplace on the Avalanche blockchain.

Avalanche, which was released in 2020, is another distributed ledger network that boasts more productivity and an efficient approach to the blockchain paradox. There are several advantages that might entice users to join this network, but the most amazing aspect is that the blockchain uses the eco-friendly proof-of-stake (POS) mechanism to conduct transactions.

What is an avalanche, and how can it help you?

Avalanche is an open-source blockchain network powered mostly by smart contracts. It was initially intended to be developed as a protocol to combat the issue of fraudulent approvals that had previously afflicted the blockchain world.

As time passed, its creators intended to expand Avalanche into a full-fledged network for today’s complicated financial applications. The network is currently available publicly as an open-source protocol. Some of the key features of Avalanche Blockchain are given below:

Based on the above, an NFT marketplace created on Avalanche may easily be one of the greatest in the NFT market, as the chain can empower it with extensive features and methods.

Building an NFT Marketplace on Avalanche

Nonetheless, launching an NFT marketplace on Avalanche is identical to creating one on any other blockchain platform. Make sure to follow a roadmap to launch your NFT marketplace, whether you are building the platform from scratch or opting for white label NFT marketplace development.

Let’s explore the process of developing and launching a marketplace on Avalanche Blockchain:

Step 1: Building an NFT marketplace on Avalanche begins with extensive preparation in which all potential contributing variables are considered and the capabilities to be included in the portal are confirmed.

Step 2: The user interface (UI) and user experience (UX) components for the NFT market platform on Avalanche are then implemented and tested with dummy displays. Any and every input is integrated into the application.

Step 3: The marketplace platform is then built from the scratch using high-level programming methods.

Step 4: The NFT marketplace platform is checked for faults, mistakes, and flaws after the pilot application is completed. If such abnormalities occur, they are swiftly addressed, and the portal is tested again until there are no flaws.

Step 5: The NFT marketplace is then launched on the Avalanche blockchain in various formats (website and mobile application) according to your needs. The performance is constantly monitored so that you may apply modifications based on comments.

Step 6: You should constantly upgrade your NFT marketplace platform on Avalanche to manage user traffic and protect against any potential data breaches.

The benefits of NFT Marketplace built on Avalanche Blockchain – for both white label NFT marketplace and custom platform – include the following:

Avalanche may be the correct solution for you if you are an entrepreneur aiming at launching a new NFT marketplace on an efficient blockchain. It possesses all of the characteristics required to make operations effective and trouble-free.  You can also think of building it using a white label NFT marketplace solution. However, you would need the assistance of an external development business to construct the platform because there aren’t many developers who are professionals in developing apps on Avalanche, and the costs of employing in-house programmers having skills would be prohibitively expensive.

As a result, it is prudent to approach a blockchain development business with experience establishing NFT markets on Avalanche with changes to your specifications.

At Antier Solutions, we offer end-to-end services to build NFT marketplace platforms on Avalanche and other blockchain networks. Whether you need a white label NFT marketplace or a custom platform built from the ground up, we effectively cater to your needs with our customized solutions.