Why should you get your DeFi smart contracts audited? - Antier Solutions Talk To Our Experts

Why should you get your DeFi smart contracts audited? 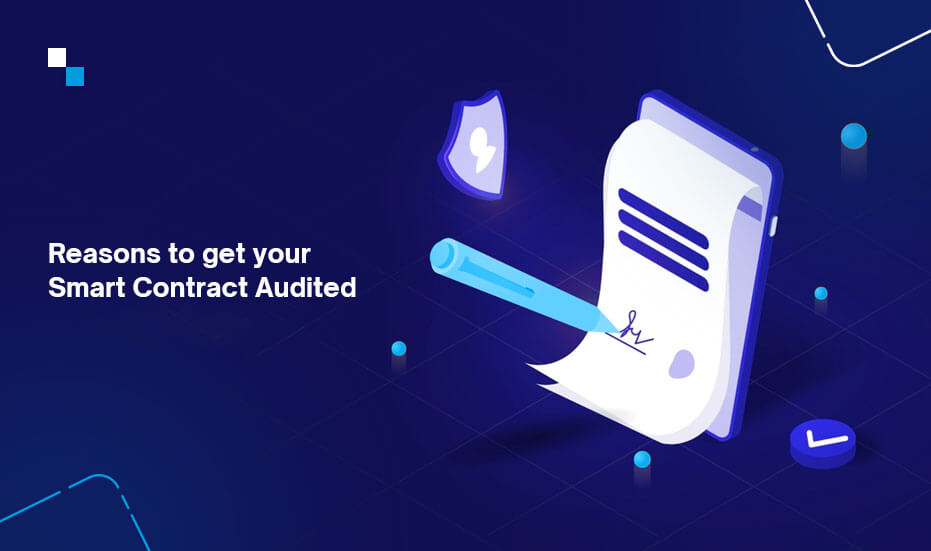 DeFi is no more a buzzword that became popular in 2022. Just the way web 3.0 is the new Internet, DeFi is on its way to being the new financial system. But DeFi has its own set of risks and the most common one is the smart contract risk. In the first quarter of 2022, the decentralized finance apps have already been exploited for over $1.4 billion which could have been easily avoided with a smart contract audit

What is a smart contract audit & who should go for it?

Blockchains are inherently resistant to hacks but smart contracts are not. Due to the scale of the hacks, DeFi users are becoming more careful about interacting with audited smart contracts only.

Take the example of the latest Uniswap phishing attack. The hackers nabbed Ethereum worth $8 million via a malicious smart contract. Such incidents are making DeFi users more aware to interact with audited smart contracts only. This means whether you have a DeFi app, you run an ICO or STO, own a blockchain game or dApp solution that uses a smart contract, it is very important for you to do a third-party smart contract audit.

What kind of issues are identified in a smart contract audit?

Smart contracts have a feature known as the fallback function. If this function is called by mistake, it triggers the indirect execution. There are several ways in which a fallback function is called. These include calling a function of another contract using ABI, depositing to another contract that could generate a fallback or a coder making a mistake when he declares the interface of the called contract.

A badly structured smart contract code can be used by hackers to leak the information of purchases or sales of any tokens. This information can then be leaked into the market to manipulate the trades.

Any smart contract code execution attracts a certain amount of gas fees. Thus, the smart contract audits also provide reports that can help developers optimize the performance of their smart contacts by identifying inefficient steps or points of failure that could attract higher gas fees.

A smart contract audit goes beyond the code and looks at the platforms or APIs that use that smart contract. Sometimes, the smart contract may be full-proof but it might be susceptible to attack due to the API or platform with which it interacts.

What is the process of smart contract audits?

Once the code changes are audited, a final report is created that lists the previously identified vulnerabilities and fixes.

With the scale of DeFi hacks we have been witnessing lately, it has become crucial to get the smart contracts audited.

As a leading blockchain development company, Antier has real-world experience developing, deploying, and auditing hundreds of smart contracts. If you need any kind of help with smart contract audits, connect with us now!