Understanding the benefits of smart contract development Talk To Our Experts

Everything about NFT Marketplace Development on Solana Blockchain 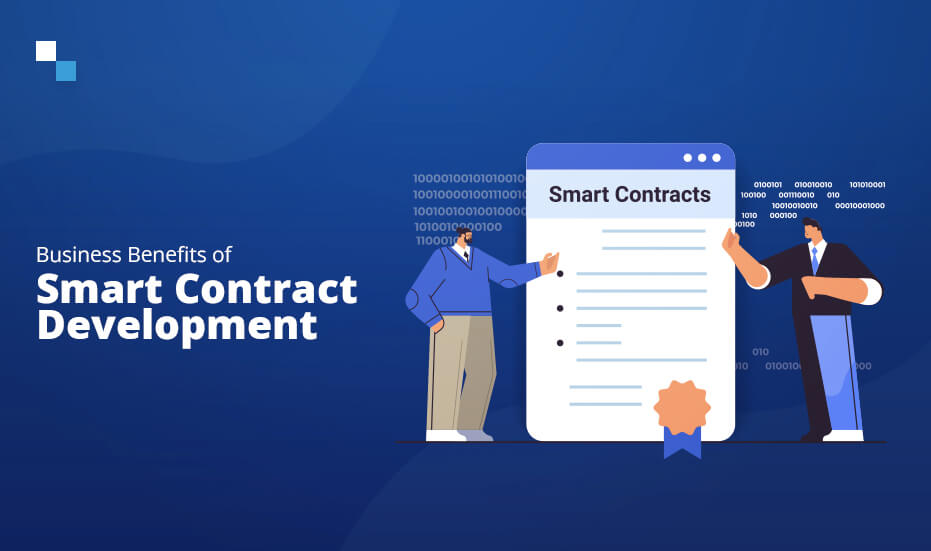 There’s no denying that Blockchain has transformed the economic outlook of many sectors. The features of immutability, transparency, anonymity, decentralization, and security of technology have resulted in several improvements in corporate processes.

However, the absence of third-party intermediaries is one feature that has boosted Blockchain’s popularity. Smart contracts reduce the likelihood of process dispute, save time, and make the process cheaper, faster, and more efficient. That’s why smart contract development is popular among those who leveraged these special features.

What Are Smart Contracts?

In simple terms, a smart contract allows you to verify digitally, control, and execute an agreement. It’s a blockchain-based application scheduled to run when certain conditions are met. In essence, they assist in removing the middleman by automating the execution of a contract.

Because of its self-executing ability, a smart contract can, for example, execute the functions of an estate agent in the case of selling a house. All of the terms are pre-programmed into the code, and if all of the conditions are met, the transaction is completed. There’s no need to pay a commission any longer.

To begin with, smart contracts are highly secure due to their difficulty in being hacked. Your documents are entirely safe since blockchain transactions are encrypted. It is, in fact, one of the most secure technologies currently accessible.

When intermediaries are removed from the process, the cost of operations is immediately reduced. A chain of notaries, agents, advisers, and other intermediaries is no longer required. Commissions and advisory expenses can be dramatically lowered with a smart contract.

There’s a decreased chance of someone losing or stealing your documents because they’re encrypted and stored on a secure ledger. Smart contracts eliminate trust-related concerns such as the chance of fraud or error. Furthermore, there is a sense of security due to the process’s transparency.

Finally, smart contracts are automated, which means they are performed as soon as a given condition is met. Tasks involving the processing of paperwork vanish. As a result, no time is wasted rectifying common mistakes when human work is involved.

With blockchain development, smart contracts are regarded as the true blockchain revolution. The popularity of initial coin offerings (ICOs) has skyrocketed, and innovative contract development has become a mainstream enterprise.

If you’re looking to create a flawless and secure smart contract for your company. Then you’ll need to think about a few critical elements for successful smart contract development.

1) Determine whether it is appropriate for your company

As we all know, smart contracts are a built-in feature of blockchain technology. The majority of individuals now pay with digital currency. If you use cryptocurrency and your company is involved with blockchain-based systems. Then you can confidently proceed with smart contract development.

2) Think about the smart contract’s limitations

There are some critical issues to examine that are currently off-limits. Only smart contracts entirely performed in the digital realm can be used. The entire blockchain ecosystem is completely decentralized and unregulated by law. As a result, this smart contract development cannot bind any involvement outside of the internet.

3) Have a well-thought-out strategy

It would help if you had a good sense of what you can and cannot do with smart contract creation based on the previous principles. As a result, you may plan accordingly. For some critical criteria, you can establish a smart contract. For example, to verify transactions, send money for a service, or conduct a bitcoin exchange, to name a few. To do so, you’ll need a well-thought-out strategy. You can also look into the present market to see how smart contract development can benefit you.

5) Putting it to the test

Researchers from the United Kingdom and Singapore discovered that over 34,200 smart contracts are susceptible to hacker intrusions. So, when you’ve constructed your smart contract, you’ll need to test it to ensure there aren’t any flaws. Any bug or error in the construction of smart contracts can result in the loss of your assets. You may also lose your reputation. Audits and quality assurance tests can aid in the development of a successful smart contract. It will also offer a lot of value to your blockchain venture.

Smart contract development cost depends upon many factors, including the complexity of the project, the use case, and the technical team’s support.

Smart contracts are popular because of their security and certainty of execution, which is why they have gained significant popularity.