Using Metaverse For Retail Can Be More Fun Than You Think 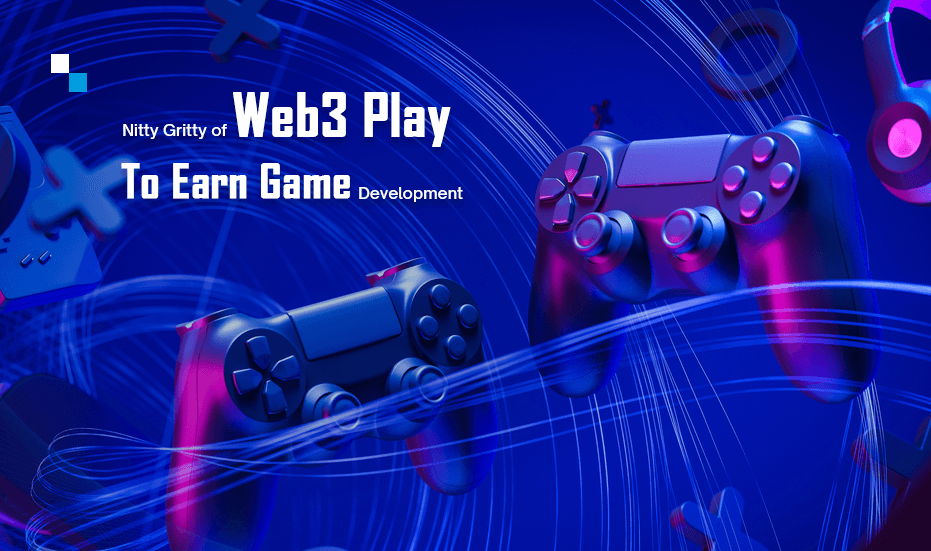 Crypto market conditions have been harsh and yet Web3 games continue to drive force for the dApp industry. According to the latest DappRadar report, Web3 gaming contributed almost half of the blockchain activity across 50 networks in Q3 of 2022, and more than 912,000 daily Unique Active Wallets interacted with Web3 Play to Earn game smart contracts. Undoubtedly, play-to-earn games are one of the most significant capital creators for Web3. In fact, in the month of September, almost 1.7 million users from Web2 migrated to Web3 gaming.

Before we dip our toes deeper into the technology stack of Web3 play to earn game development, let us develop a better understanding of Web3 games.

What is Web3 Gaming?

Web3 gaming aims to decentralize the games in a way that allows gamers and creators to own the in-game assets and participate in ecosystem decision-making. This is made possible by integrating blockchain into Web3 game development.

Web3 development lays down the foundation of play-to-earn games where players can fairly monetize the time spent playing the game.

Additionally, they can indulge in asset trading, NFT minting, and more. With the wide interoperability among various gaming ecosystems, Web3 players can easily share their in-game assets across different platforms and games.

To enable such a democratic value-exchange model, the Web3 play to earn game development must be based on some fundamental features. Let us take a look at them:

Hire us to Develop Web3 Play to Earn Game

The technology stack of Web3 gaming

Following are the most important components of Web3 game development technology stack:

Second Tech stack layer – Nodes
For the Web3 game app to communicate with the blockchain you need Nodes or Web3 providers. Nodes extract important game-related data stored on the blockchain in raw format. This data is crucial for the game dApps or Web3 libraries. However, to make sense of this raw data the gaming development company needs to build its own infrastructure and that is where the third layer called the APIs plays its role.

Third Tech stack layer – APIs
An application programming interface or API is a set of definitions and protocols for building and integrating with dApps or Web3 libraries. In simple words, it enables the interaction of Nodes and dApps.

Gaming dApps or Web3 libraries
In any Web3 play to earn game development, Web3 libraries or dApp play an important role as they enable interaction of game developers and players with the blockchain platform. The in-game assets/transactions and their interaction with smart contracts are executed by the dApps. Generally, Unity or Unreal SDKs are used to build Web3 gaming dApps.

Web3 game Smart contracts
Smart contracts are programs that automate the execution of in-game transactions and manage voting processes. These can be customized as per the gaming model and contain code to manage transactions that need to happen when a player wins or loses or when a token exchange is conducted or for the game’s treasury management. Remix IDE is the most common tool used in Web3 game development to write, compile or deploy smart contracts.

Digital wallets
As every Web3 gaming platform offers a monetization opportunity with the play-to-earn model, the platform needs to offer players a unique, secure wallet to hold crypto tokens and NFTs.

Web3 game development is rapidly democratizing the gaming industry. It has introduced monetization aspects but at the same time, it adds complexity and opportunities to the space. If you are facing the same, we recommend Antier Web3 play to earn game development services. Here, you will gain access to top-notch game designing and development approaches.