Why creating a website Application with Node JS is an Optimum Choice? 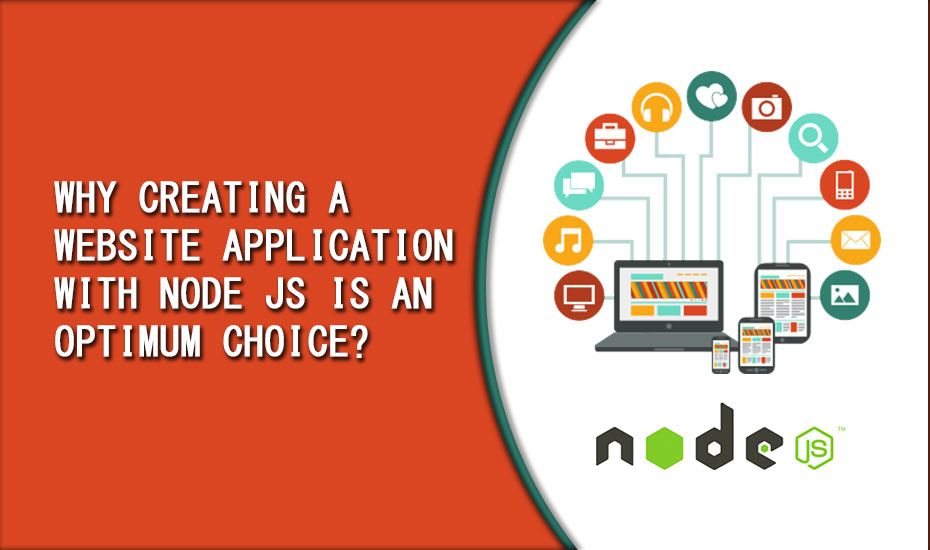 Ever since the Node JS framework has come into existence it has attracted the developer’s attention. Node Js is an open source cross-platform environment that has been written in Javascript, which makes the developer’s work very easy. Node js is a feature-packed framework so it becomes a top choice for the developers when they want to create a website with Node Js.

Because of the effective use of Javascript, Node js also enables programmers to create networking tools and web servers. Apart of this, the applications which have been build with Node js development services can run on a variety of servers including Unix Plus, Microsoft Windows, and Mac OS. Additionally, the built-in library also offers an amazing feature in which the applications can act as web servers. Node Js has proved its glorious existence in the world of technology. There are an ample of features which makes this framework a number one choice for developers.

Some benefits which describe why creating a website with Node Js is an optimum choice:

Create website with Node Js is comparatively fast than other frameworks as it uses V8 engine by Google. It has been written in Javascript so this framework has an exceptional running speed. It also speeds up the coding much faster.

People consider HTTP request and response two different things, but actually, they are data streams. These factors can be applied on Node js at the time of uploading or processing files. It will reduce the comprehensive processing time.

Node js has some amazing features when it comes to creating a website with Node js or real-time apps such as chats, gaming apps, and more. It is extremely good for developers that need non-blocking driven servers or event-based servers. There are numerous renowned platforms like PayPal, eBay, LinkedIn, etc have all been developed in Node Js.

Node js enables developers to write Javascript for both client-side and server-side coding. This process makes it efficient to send and synchronize the data between the client and server side. This process is time-saving.

It is Mobile Friendly

Node js is very helpful for startups in some certain processes such as development speed, response time, competitive edge, and relevance. This technology has so much efficiency in terms of growing mobile traffic, distributing the load, and preserving the server from crashing.

Despite its multiple benefits, Node js is still in its growing phase. If we consider its benefits such as smooth data streaming, excellent audio/video broadcasting, it becomes the number choice for the business who wants to create website with Node js platform. Therefore, it is imperative to choose the node js mobile app development company wisely.