How Does a Crypto Margin Trading Exchange Make Money? 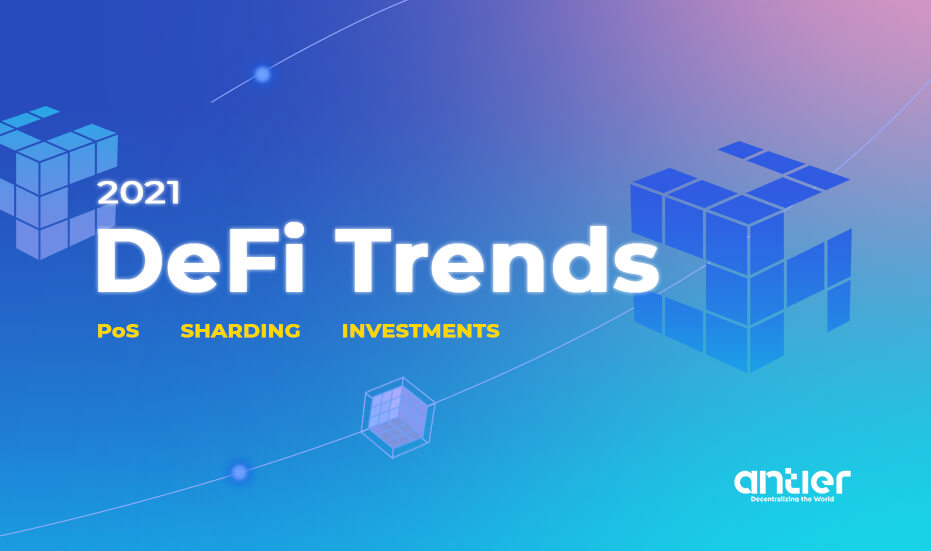 You steal the limelight and you steal the market share. Against the industry predictions earlier last year, DeFi grew like gangbusters and reignited the lost glory of crypto finance. Today, the market has propelled by 20x which in itself is a rare milestone. Trade experts who had written off the possibility of a parallel currency are now foreseeing 2021 as another landmark year.

The rise of Proof-of-Staking (PoS) as a consensus mechanism

Proof-of-Work (PoW) is basically a consensus algorithm used in a blockchain network for transaction confirmation and the introduction of new blocks. In a PoW consensus blockchain, the network is supported by miners who compete against each other to confirm the transactions. Once the transactions are completed, the miners receive an incentive.

Undoubtedly, PoW protocols have successfully supported trust-less and distributed consensus. However, PoW based distributed consensus demands high computational power and is highly energy-intensive. According to recent research, the bitcoin transactions required annual energy consumption comparable to that of Denmark in 2020.

Other issues with PoW Blockchains:

In the PoS consensus algorithm, system validators do not have to use computing power to validate a transaction. Instead, their influence on the transaction validation is determined by their total stake in the network and the complexity of the network.

2020 witnessed PoS becoming a dominant force in crypto space rather than just being an academic exercise. According to Coindesk, four out of the top nine crypto assets (by market cap) are switching from PoW to PoS.

Ethereum, the second-biggest cryptocurrency in terms of the total market cap also initiated its move to PoS in 2020. In December 2020, Ethereum launched its Beacon chain to mark its ETH 2.0. Currently, the lion’s share of DeFi protocols is built on top of Ethereum. Once the transition of Ethereum to ETH 2.0  is completed, the Decentralized finance development will deliver highly scalable solutions and would attract more users.

Mass adoption of blockchain is not far but it has to overcome some lofty hurdles before this becomes a reality. One of the major roadblocks is the scalability issue. To achieve maximum decentralization, each node of the blockchain network stores all the states. Thus, each node stores information like transaction history, account balances, and more.

For example, a full Ethereum node takes up almost five terabytes of space. This is almost 10 times the data holding capacity of an average computer. This makes blockchain slower than most of the electronic payment systems we use today. However, sharding proposes a promising solution to the blockchain scalability issue.

The concept of sharding is to spread the network load. By sharding a blockchain, the network will basically be broken up into shards or individual segments. Each segment will hold its own unique set of critical information. Furthermore, each shard will have a node assigned to verify transactions and operations. The idea is to break up the blockchain into segments that are then managed by dedicated nodes. Effectively, this will increase the throughput of the blockchain and help overcome scalability issues.

Sharding is an important part of the ETH 2.0 transition. While ETH 2.0 has started rolling out officially in December 2020, Sharding is expected to be incorporated towards the end of 2021.

PolkaDot, the blockchain project that recently surpassed Ripple’s (XRP) market cap and became the biggest conversation in blockchain space due to its sharding protocol. It is already using sharding to deal with issues of scalability, and transactional throughput.

The total value locked in DeFi is close to $25.2 billion. A year back, DeFi protocols had only $831 million locked in. The growth of DeFi and DeFi software development in 2020 has been remarkable and undoubtedly, this is going to be the next big thing in the financial world.

Without a doubt, the biggest craze to grip the crypto markets in 2020 was liquidity mining or yield farming. It offered token holders an opportunity to lock their tokens in a decentralized network and earn passive income. The idea was conceptualized and implemented by Compound and was an instant hit. Immediately, numerous protocols replicated the concept and opened new investment opportunities for the investors.

The next big investment opportunity is offered by DeFi staking. This means the users can participate in key discussions via voting in a proof-of-stake model. At the same time, they can earn passive rewards by locking up their assets by utilizing smart contracts.

Token swapping enables investors to convert their token to another for an equivalent value across platforms. Token swapping has made it easier to drive various investment functions in the DeFi landscape. It allows the liquidity providers on the other hand earned interest and a portion of the transaction’s fees.

With these trends, DeFi platform development is edging closer to bring more traditional financial tools to the blockchain. Schedule a live Demo with our experts to understand the potential better.