Create Your Niche by Developing an NFT marketplace like Foundation

How to Build a Token Bridge on Binance 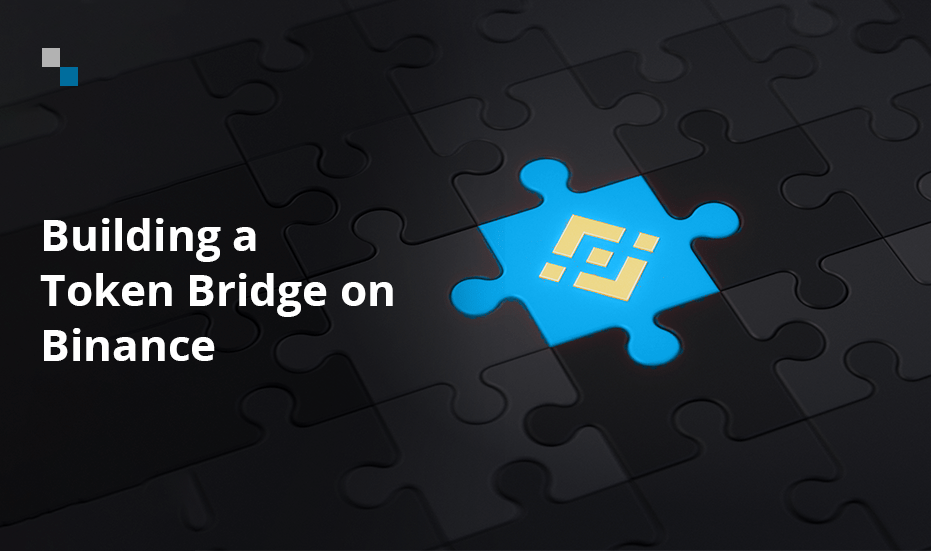 Every blockchain has its own set of features and capabilities to bridge the gap between blockchain technology and its real-world use-cases.

Despite blockchain’s numerous advantages, such as its decentralized nature, immutability of records, distributed ledger, and smart contract technology, a fundamental impediment to mass adoption remains the lack of interoperability.

Although public blockchains keep on-chain data transparent, their fragmented structure prevents blockchain from being used holistically in decentralized finance and many other industries. Users frequently desire to use blockchains together because they have distinct features. For example, some people leveraging token development services to build their tokens want to bring together tokens based on different blockchains, on a single platform. However, this does not appear to be achievable because these blockchains operate in their ecosystems and follow their own set of consensus rules. Independent blockchains are unable to exchange information or value with one another.

Because of the growing number of cross-chain DeFi projects, this interoperability issue has grown crucial. Meanwhile, blockchain’s compartmentalized nature runs counter to decentralization’s basic idea to make blockchain accessible to everyone. Is there a way to make this lack of interoperability go away? How does an Ethereum user gain access to data and resources on a different blockchain, such as Binance? This is where bridging solutions, also known as blockchain bridges, come into play.

In this piece, we’ll look into bridging solutions and their mechanics. We’ll also learn to create a decentralized token bridge between Ethereum and the Binance Smart Chain, two popular blockchains for DeFi development.

What are blockchain bridges, and how do they work?

● Users can construct dApps using the benefits of two different blockchains rather than just the hosted blockchain. It means that a user can create a dApp on Solana and use Ethereum’s smart contract technology to power it.

● Users may immediately switch from a volatile cryptocurrency to Stablecoins without the requirement of an intermediary because of the ability to transfer tokens instantly.

● A decentralized application of a different blockchain can likewise be used to host digital assets. NFTs can be created on the Cardano blockchain and hosted on the Ethereum marketplace, for example.

● Users can use bridging to run dAPPs across several blockchain ecosystems.

What Kinds of Blockchain Bridges Are There?

A centralized bridge is another name for a federated bridge. It’s essentially a centralized exchange in which consumers connect with a pool, which can sometimes be a firm or a middleman. If both Ether and BNB tokens are transferred, there will be two huge pools: one for BNB and another for Ether. The pool adds the Ether transfer to the pool as soon as the sender begins it, and the pool sends him an equivalent amount of BNB from the second pool. To regulate this process, the centralized authority charges a nominal fee. The cost, on the other hand, is a little one that users may afford.

These are completely decentralized bridges that do not rely on any third parties. To analyze the process of burning and minting the token, trustless blockchain bridges don’t require APIs.Instead, smart contracts play a crucial role in this scenario. When a user uses the trustless bridge to conduct a token transfer, the smart contract freezes his existing cryptos and copies comparable tokens on the new network. Because the smart contract recognizes that the user has already frozen or burned tokens on another network, it mints the token.

Build Your own Token on Binance

What are the Most Important Features of a Bridging Solution built on BSC ?

A blockchain bridge isn’t used to transmit Lock and Mint Tokens. A two-stage process occurs when a user moves a token to another blockchain. The tokens are first frozen on the current blockchain. The receiving blockchain then creates a token of equal value. If the user wishes to redeem the tokens, the bridge will burn the equal token to restore the original value.

Even if they include a merchant or trusted custodian, trust-based decentralized blockchain bridges are popular. The custodian manages the funds (tokens) through a wallet and facilitates token transfers. As a result, many blockchain networks retain a high level of flexibility.

Assisting with the Sidechain

Bridge validators serve as network operators in the robust management system. Through a unique smart contract, these operators issue matching tokens in return for the tokens they get from another network.

Cross-chain collaterals allow users to move assets of considerable value from one blockchain to another for a modest charge. Previously, users could only borrow assets from their native chain. They can now use a blockchain bridge to leverage cross-chain borrowing, which requires more liquidity.

Blockchain bridges allow for the regulation of ad hoc microtransactions. These transactions take place in real-time between different blockchains at reasonable rates.

Our team creates bridging solutions that can handle a high frequency of transactions while also allowing for significant scalability. As a result, we can address the issues that have been bothering us.

By issuing an equivalent amount of tokens on the recipient chain through a comprehensive mechanism that includes receiving the assets, checking them, and freezing the assets on the dispatching blockchain, bridge transactions provide complete security.

With our bridge solution, you may experience smooth interaction between two separate blockchains and take advantage of exceptional interoperability on both chains.

Users can use trustless bridges to regulate rapid transaction confirmation and a seamless token transfer experience.

Our bridge solutions provide secure, quick, and efficient transactions and the assurance of issuing tokens equal to the value of assets, assisting in chain sovereignty.

In terms of versatility, the blockchain bridge we provide is unrivaled. It handles rapid inter-chain transactions between different types of blockchains with varying degrees of consistency.

Blockchain has become more widespread after the introduction of blockchain bridges. Bridging solutions also assist in developing DeFi apps, which enable the idea of a decentralized and financial system. Blockchain bridges assist Binance Smart Chain users in moving towards the next-generation decentralized system by allowing links between multiple blockchains or collaboration across them.

As a result, it tries to remove the centralized system’s sovereignty from the business environment. On the other hand, Blockchain intends to usher in a slew of new paradigms to reimagine current bridges and foster increased innovation and technical relevance. Partner with a reliable company offering token development services to harness the potential of token bridges.