Acquire dApp development For Tron Blockchain Talk To Our Experts

Develop Your Next Generation dApps on Tron Blockchain 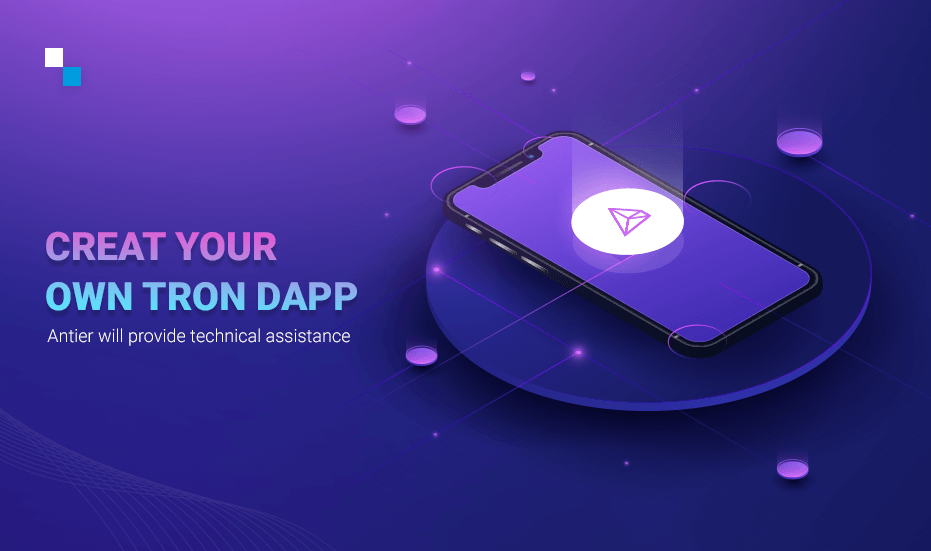 Blockchains are crucial in enabling a secure and decentralized record of transactions for cryptocurrencies like Bitcoin. The innovation of the blockchain creates trust without the need for a reliable third party by guaranteeing the security and accuracy of a data record. For usage as a publicly distributed ledger, they are frequently managed through peer-to-peer networks, with nodes conforming to a protocol to communicate and validate new blocks. Tron dApp development is enhancing the industry by securing the default applications. They symbolize a distributed computing system with strong fault tolerance. Digital applications (dApps) are programs that run on a blockchain or other network of computers and are used for things like social media, banking, and gaming. Blockchain underwent a radical transformation with the introduction of Ethereum.

Since the advent of smart contracts and dApps, Ethereum has dominated the blockchain industry like crazy without any real competition. Around 2018, Justin Sun created and introduced the Tron Blockchain to the marketplace. Tron’s code base was cloned from Ethereum, and it was written in Solidity. s a result, Ethereum and Tron were complementary to one another in every way. Developing dApps on Tron blockchain access to free digital content and makes it simple and affordable to share that information with others. Dive deep to get more details!

The official cryptocurrency of the Tron Blockchain is TRX (Troinix). On significant cryptocurrency exchanges like Binance, Kraken, etc., it can be bought or traded. The fact that Tron handles a substantially higher volume of transactions per second than Ethereum and Bitcoin are one of its main advantages. The Tron network processes 2000 TPS, compared to 6 TPS for Bitcoin and 25 TPS for Ethereum.

A variety of reputable exchange platforms allow users to buy and sell TRON’s TRX coin, which is a cryptocurrency. Developing dApps on Tron blockchain cannot be mined by common users because it is not a conventional PoW token. The TRON network enables users to create their own tokens on the blockchain for any purpose, including as a utility token or as a money for a DApp. TRON has its own set of tokens, which are as follows, similar to Ethereum’s ERC20 tokens:

TRC10 Token
TRON cryptocurrencies that are created and released by the network itself are known as TRC20 Tokens, TRC10 Tokens, and TRC 10 Tokens. Without the TRON Virtual Machine, the TRC10 technical standard is powered by the TRON blockchain natively. Any TRON network user can create their own TRC10 token by investing 1024 TRX. Tron dApp development firms can help them out in this.

The user must enter information while creating a TRC10 token, such as the token’s name, market capitalization, total number of tokens, exchange rate to TRX, duration of circulation, etc. All cryptocurrency wallets that handle the TRX token also support TRC10 tokens, enabling developers to effortlessly sell their freshly produced tokens through an ICO. TRC10 tokens are simpler to make and distribute than TRC20 tokens, the majority of TRON-based tokens available on the market are TRC10 tokens. New companies hire Tron dApp development services for developing dApps on Tron blockchain due to the high demand for TRC10 tokens.

Develop Your own dApp on TRON Blockchain

TRC20 Token
TRC20 The TRON blockchain’s TRC20 is a technological mechanism for smart contracts. Tokens built on the TRON blockchain can be created using the protocol. These coins utilize the TRON Virtual Machine and are ERC20 compliant (TVM). TRC20 can be seen as an improvement over TRC10 because it uses smart contracts and is allegedly more secure.

Smart Contracts are digital contracts that may be programmed to execute automatically when the underlying circumstances are met, eliminating the need for a middleman. A smart contract on the TRON blockchain network can be used to create a unique TRC20 coin. The most well-known tokens created on or utilizing the TRC20 protocol include, among others, WINk, SEED, and IGG. The high level of security and the possibility of TRC20 tokens to create next-generation blockchain apps are the main factors influencing why business owners and organizations want to take Tron dApp development.

TRON blockchain can be used to create a variety of blockchain applications, including wallets, DApps, tokens, and more. Tokens based on TRON are state-of-the-art and constructed using the most recent blockchain technology. They handle transactions quickly, are middleman-free, and are extremely safe. TRON wallets are simple to create and can be made to fit into any system that already exists. The interface of our TRON tokens/wallets may be customized with the help of Tron dApp development, making it simpler to update the software, and they support Android, iOS, Windows, and other well-known platforms.

Extreme scalability: Tron Blockchain has the capacity to manage increasing traffic on the network and is continually undergoing adjustments to do so.

Extension for several languages: The Tron Blockchain is compatible with Python, Objective-C, C++, and Java programs.

In the last few years, TRON has distinguished itself as a potent rival to well-known blockchain infrastructures like the Ethereum blockchain (ERC20) and Bitcoin. Tron dApp development has been prominent since then. These arguments should persuade anyone to start considering TRON as a viable option for developing dApps on the Tron blockchain. It’s harder said than done, though. It is advised to use a professional development agency for your blockchain development needs unless you have extensive experience in the field. Antier has years of experience in the sector and a focus on TRON development. Contact us right away to hire the best TRON developer for your budget.