P2P Cryptocurrency Exchange: A Catalyst for Trustless Transaction of Derivatives 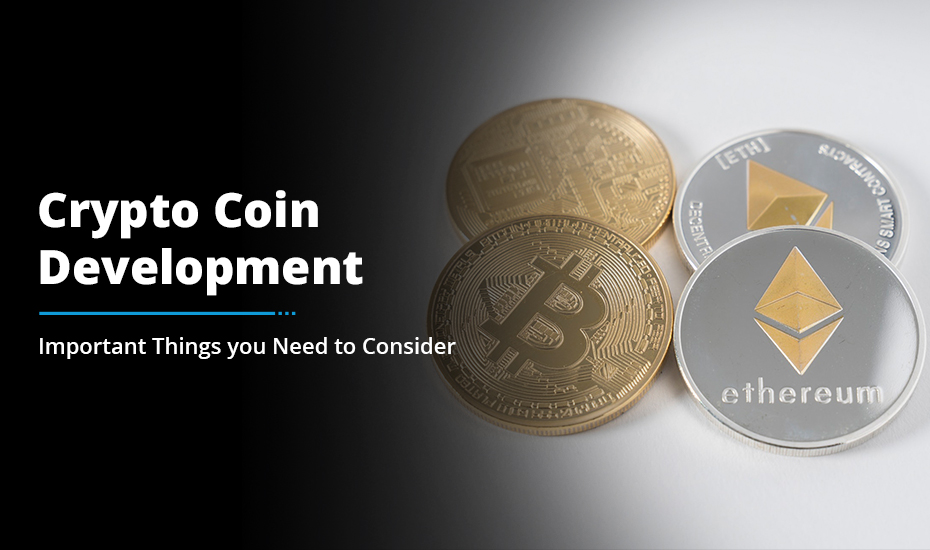 Cryptocurrency coins like Bitcoin, Ethereum and Litecoin that run independently on their blockchains, are emerging as a potentially disruptive force capable of transforming the financial services industry. They are navigating the shift towards a more profound digital ecosystem by enabling cheaper, faster, transparent and more secure transactions, crypto coins. Furthermore, benefits like elimination of middlemen, decentralization of trust and real-time accessibility are encouraging development of a multiplicity of crypto coins worldwide.

If you are planning to embark on crypto coin development journey to enter the new age of cryptocurrency, here is a complete guide on what you should consider as you move from ideation and prototyping to deployment.

It includes building a new blockchain from ground zero. All crucial aspects like choosing a suitable consensus mechanism, designing the nodes, building the APIs, are diligently addressed during the development process.

Creating a hard fork enables you to leverage the existing blockchains and fork them to create an entirely new protocol with different features, rules and use-cases. Some widely accepted blockchains forked for crypto coin development include:

The decentralized nature of blockchain ensures that no single entity or network member is responsible for validating changes. Instead, majority participants have to agree before changes are committed to a new block. This is known as consensus.

Consensus ensures everyone has a single version of truth. Each individual’s blockchain data should match everyone else’s data, or else the entire system breaks down. Consensus safeguards the integrity of the blockchain and minimizes the risk of fraud.

Moving ahead in coin development journey, you would have to choose between the following two types of consensus mechanisms:

Proof of work is a protocol that defines a computer calculation, known as mining, which is required to be performed to create a group of trustless transactions on the blockchain. The miners compete to solve a mathematical puzzle, called proof-of-work problem. The first miner to solve the puzzle presents their solution to the blockchain network. If 51% or more participants agree then the block is added to the network and the miner gets a reward.

The main goal of PoW protocol is to deter cyber attacks such as a distributed denial of service attack (DDoS) which exhausts computer resources by sending multiple fake requests. Bitcoin blockchain leverages PoW to achieve consensus.

Proof of stake is an algorithm with a purpose similar to proof of work, but with a different process to reach the goal. With PoS, the creator of a new block is chosen in a deterministic way, depending on his wealth, also known as stake. The validator with the most money at stake solves the puzzle and receives transaction fee for adding the new block.

Blockchains like Neo and Cordano use proof of stake mechanism to reach consensus.

Block size pivots around the idea to prevent denial of service attack on the network. If there was no block size limit, attackers could flood the network with unlimited transactions, potentially bringing the network to halt.

The bigger the block size the better. A greater block size would enable miners to receive more transaction fees without requiring the users to pay higher fees.

Hashing is a cryptographic method of converting any kind of data into a string of characters. Given that the hash is of a fixed size, hashing creates efficient store of data. Blockchains hash transactions before they are bundled together into blocks. Hash pointers link each block to its predecessor by holding the hash of the data in the previous block, making blockchain data immutable. The hashing function ensures that the change in any transaction generates an entirely different hash, which alters the hashes of all subsequent blocks.

To sum up, careful consideration of points aforementioned coupled with a strategic roadmap can streamline your crypto coin development journey. Given the existence of a multitude of crypto coins in the market, it is essential to make your venture stand out. The idea is one of the cornerstones of success, so reinforce your venture with a solid idea – the one that has a purpose and solves a real world problem – to gain essential competitive edge.