Top Components to be Integrated in a Cryptocurrency Exchange

An Expert Guide on the Upcoming Bitcoin Halving 2020 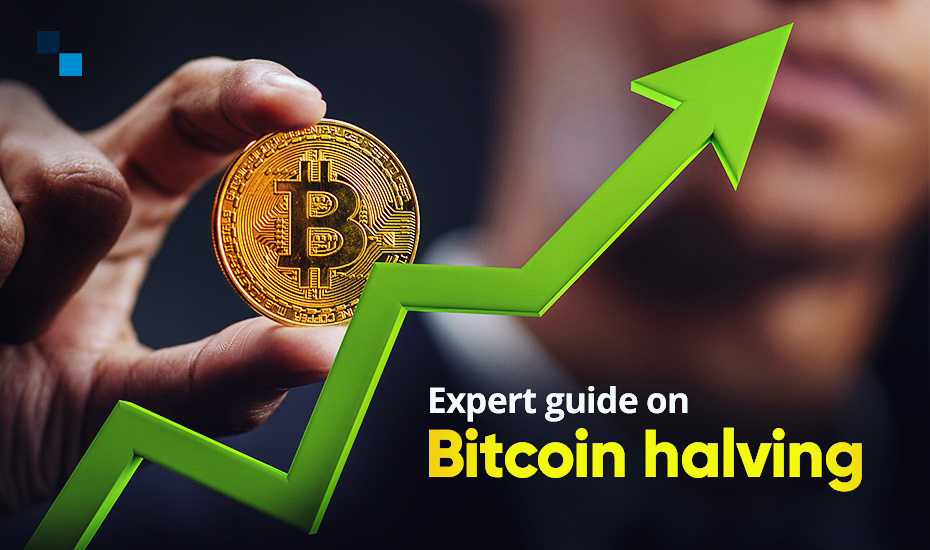 Bitcoin was created by a pseudonymous individual or a team with the name Satoshi Nakamoto. Bitcoin halving is expected to happen in mid of May 2020, which would result in further reduction of block reward by 50%.

In this blog, we will put some light on the bitcoin halving event, how it started, and expected outcomes anticipated by various cryptocurrency exchange owners.

What is bitcoin halving?

Bitcoin was created way back in 2008 as a decentralized digital currency that is minable and miners get bitcoin as a reward for validating transactions. The total supply of bitcoin will be 21 million BTC, and it is expected that all of the bitcoins will be completely mined by the year 2140. In the initial stage, the participants earned 50 BTC for validating a transaction, thus in just 4 years, a total of 10.5 million BTC were generated.

The event of bitcoin halving is proposed in the white paper, according to which, the halving will happen after every 210,000 blocks or approximately every four years to maintain demand and supply. The first bitcoin halving occurred on November 28, 2012, which resulted in the reduction of reward from 50 BTC to 25 BTC. The next bitcoin halving event happened on July 9, 2016, which reduced the reward to 12.5 BTC. And again the next major event is scheduled to take place in the mid of May. The exact date cannot be announced yet, but it will automatically happen on block number 630,000. The block reward will further reduce from 12.5 BTC to 6.25 BTC.

The community of crypto exchange owners, miners, traders, and investors is very much excited to witness how the future crypto market would unfold itself after this year’s bitcoin halving. Businesses are inclined toward crypto exchange development to capitalize on the earning opportunity since more traders are opined to trade bitcoin after bitcoin halving.

Impact of halving on bitcoin price

Bitcoin halving is grabbing much attention and experts are continuously speculating on the price of bitcoin. The future cannot be determined in advance but can be estimated considering the past halving events.

After bitcoin halving in 2012, the price of bitcoin escalated by 80 times. Post the second halving event, the bitcoin price dropped by 10% but then shot back up to where it was. The explanation for price change is a simple economic principle of demand and supply. As the supply decreases (after halving) and demand remains constant, then the price of the asset will inevitably increase. The same situation is expected to happen after the upcoming bitcoin halving and analysts are expecting a bullish price movement.

What do exchange owners have to say about the upcoming bitcoin halving?

Dave Ripley, chief operating officer at Kraken said, “Historically, we have seen a price surge in the 1.5 years after the halving, so it’s highly possible we’ll see new entrants in the market” thus indicating a positive move.

CEO of Paxful, Ray Youssef commented, “Unprecedented surge in demand and price in the aftermath of the past two halving. Though it would be hard to say, of course, if the past patterns will hold true, but it will bring new users in the market”.

The experts at crypto exchange Gemini also said, “We do expect more people will look at bitcoin, and recognize the halving event as a stark — and compelling — juxtaposition to the quantitative easing policies being favored by the U.S. Federal Reserve and other central banks.”

Additionally, Sunny Jain, head of products at non-custodial crypto exchange KyberSwap said, “The halving could result in an overall increase in demand for bitcoin, which will likely result in increased volumes for bitcoin-pegged tokens such as WrappedBTC”.

The exchange platform owners echo different words but have the same meaning. All are expecting a surge in bitcoin price and volume after the upcoming bitcoin halving.

Bitcoin halving scheduled to happen in May 2020 and you should prepare yourselves to embrace the opportunities that this event will bring along. You can tap into the flourishing crypto market with many software solutions such as cryptocurrency exchange development, crypto wallet development, P2P crypto lending platform, and coin/ token/stablecoin development.

Schedule an obligation-free call with our experts to learn how you can capitalize on the upcoming crypto opportunities.